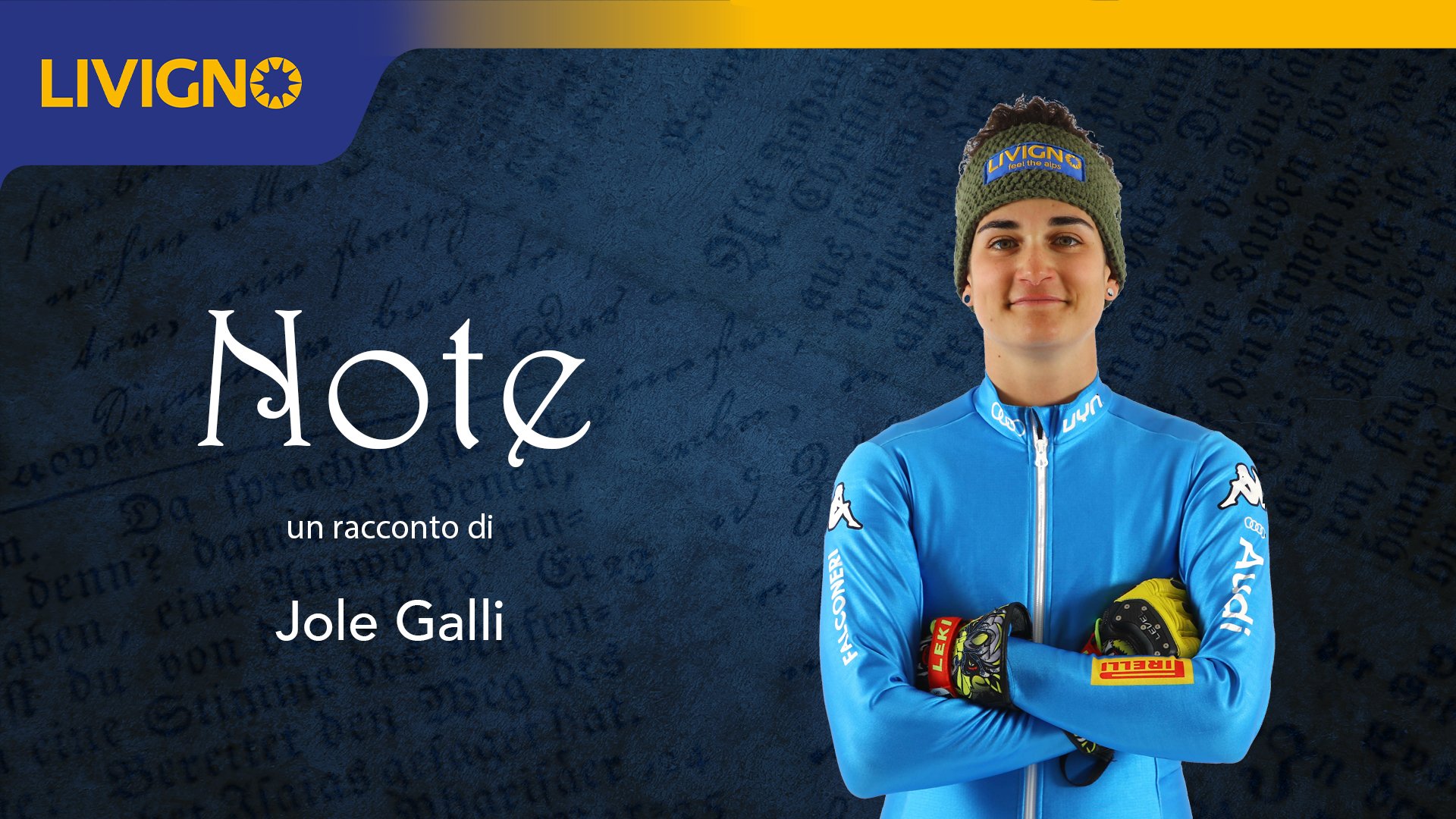 "Jole has fun tripping all her classmates that go back to their seats".

Fifteen years should be enough, for the stature of limitation to expire. However, to be sure, I kept all my school booklets with the teachers' notes.
Because you never know.
Dutifully stacked in my drawer, they stare at me, ready to remind everyone where my temperamental behaviour comes from.

According to the first one, it looks like I had fun tripping my classmates that walked back to their seats, oblivious to any reprimand and proud like a pirate with an eye patch.
Not one, not two, not three classmates.

Everyone of them, without exception, when they got back from the restrooms or, who knows, recess even.
It is hard to believe I made each and every one of them fall, also because I hope that, after the first ones, the others were intelligent enough to understand it was best not to walk by my desk. However, given the occasion, we will take for granted that I tried with everyone who walked by.
Falling on your noses is not that bad, I thought, since I liked it so much. When I was little, I spent my afternoons playing with my big brothers, and often I was a guinea pig in their applied mechanics experiments. Like when my brother decided to tow me around Livigno's streets inside a crate with wheels made entirely of Lego blocks, on his Rollerblades.
Even though the cockpit shattered after the first gutter and my butt ended on the ground, I laughed my head off and started reassembling the pieces of my multicoloured racing car.
My knees were always scraped and full of crusts, as it should be when you are a kid, and I never thought that a few healthy falls could spite the teachers so much.

"After being reprimanded,
Jole continued to go down the stairs climbing on them"

Alas, this one is also true.
I never liked doing things like other people did. Where is the fun in blending into the crowd?
Going up and down the stairs is like going up and down a mountain. There are precise rules I often showed I wasn't keen on following.

When I was told something, I very often did the exact opposite.
A little bit out of conviction, and a little bit for sport.
And I tried many, many different sports, believe me, until I found the right one for me. Space is not an issue in Livigno, nor are options, and between rock climbing, mountain bike and cross-country skiing, in the end I chose skiing, because I could follow in my brother's footsteps - my hero.

He is eight years older than me, and when he set off in the afternoon to go skiing, I made my mum take me along too, even if I couldn't join his team. Quite the contrary.
While he came down diligently, in line with his team-mates, I followed them around accompanied by my mum, an unwanted guest at the end of the group, so that I could do what he did.

There was no way to make me change my mind, or I would start bellowing and ruin the peace and quite of the entire valley, and not even his coaches' nasty looks would make reconsider.

"Jole throws pieces of paper in class.
Her lack of interest for our activities continues, this year too"

Maybe when I was little, I was a little over dramatic, I must admit it. However, this does not change the fact that there are always different versions of the same story, and you shouldn't judge until you hear them all.
If you paint the pieces of paper thrown in the air, they become confetti, and maybe they were my way to express joy. Same goes for my lack of interest, that cannot only be blamed on those who show it, instead of those who caused it. What is certain is that, although I was never an easy student, or an easy athlete, I had something to give, and somebody understood it, at some point.

Sometimes it is a teacher, other times a friend, or an American uncle, but in my case it was Lorenzo, my coach, who understood what I'm like right away.
I always tell it like it is.

Even when it goes against my interest.
Especially when it goes against my interest.
And if I must choose between being a little bit more of a suck-up, or continuing to be myself, well, you know the answer to that.
Everything is immediate, with me. I've always been good at recognizing who is standing in front of me right away, and this is why I talked to everybody, but I trust very few people. There are many good coaches, especially in our field, but there are only a few of them you can talk too, and for my mental well-being, being able to express myself is at the root of everything.
"You sucked": if you say it in the right way, some athletes may gain the right energy to go back uphill and do everything better.

I'm not one of those athletes, and behind my broad shoulders, there is a hidden sensitivity that no one can see, and that jumps out only when I'm really mad.
No screaming or crazy things, I retire in a corner and cry alone, so that no one can see me.

Well, everything has always been easy with Lorenzo, because he knows when to say something and when not to. When to speak with his eyes and when to trust my expression. I know what I do, even if this does not mean I'm always right.

"Jole's behaviour at the gym becomes increasingly improper and dangerous. I found it hanging head down from a piece of equipment."

Head up or down, everything is relative. It depends on what side you are looking at me. A good idea quickly becomes a bad one, however, I've always been lucky to have people that understood me right away, by my side. Take my sister, for instance.

She was the one who convinced me to switch sports.
A spin worthy of a great contortionist, or better yet, a freestyler, which suits me best. I was going pretty good with alpine ski. But not enough to make me completely happy. When I reached the border between the European Cup and the World Cup, which usually defines your maximum level, I got stuck in the middle.
I did my first competition in the senior circuit in Soelden, at the beginning of the season, and I made the team thanks to a few injured athletes, sure, but also because of my merits.
I even brushed to top 30 qualification.
And then nothing.
Not a single call.
Maybe, to deserve another chance, I should have won that competition, who knows. The fact is that I never got over that glimpse of adventure, left left mid-game.
Too old to be truly young.
Too young to feel so old.
Today still, I struggle to place myself in time, and in those seasons that followed that single Austrian bib, I always felt out of place, and sports had become a duty, while skiing was still in my heart. I got back home moping, sad like an ibex without its antlers, until my sister - who apparently knows her psychology stuff - advised me to change.

Enough feeling all eyes on me, if I want to drink a beer after training, with my life-long friends.
At first, skicross did not convince me, because it was impossible not to see it as a fall-back. My sister had devoted her body and soul to short track, and had been one of the last athletes left out before Turin 2006. She did not want me to feel the same disappointment. So she pushed me to try something new, and - against all odds - it worked, because I feel in love with it right away.

Coming down side by side with your opponents gives you an unmatched adrenaline rush, and a heated competition fares well with my personality, as edgy as an elbow.
In reaping good results fast, there is the pleasure of discovery and vindication, and - like a gift you weren't expecting under the tree - I perceived a much more relaxed work environment, where I can be myself, without fear.

Today, the chance to go to Beijing is real, and so is the prospective of competing against the best athletes in the World in the future, which is something that, in alpine ski, would have been impossible, for many reasons, half of which depend on me.

If I arrange all the teachers' notes I got as a kid in chronological order, I end up with a nice story, that makes someone laugh and someone else gasp in astonishment; yet, if I read it carefully, it can explain the way I am, because if I went back in time, I'm sure I would do the same mischief, only this time more cleverly.

And if I end up going to the Olympics, I'm sure the cafeteria manager will get the chance to write me a nice note. He doesn't even have to struggle to come up with the words. He can copy what my teacher wrote, fifteen years ago:

“Jole roams around the desks, as if she were in the city square."