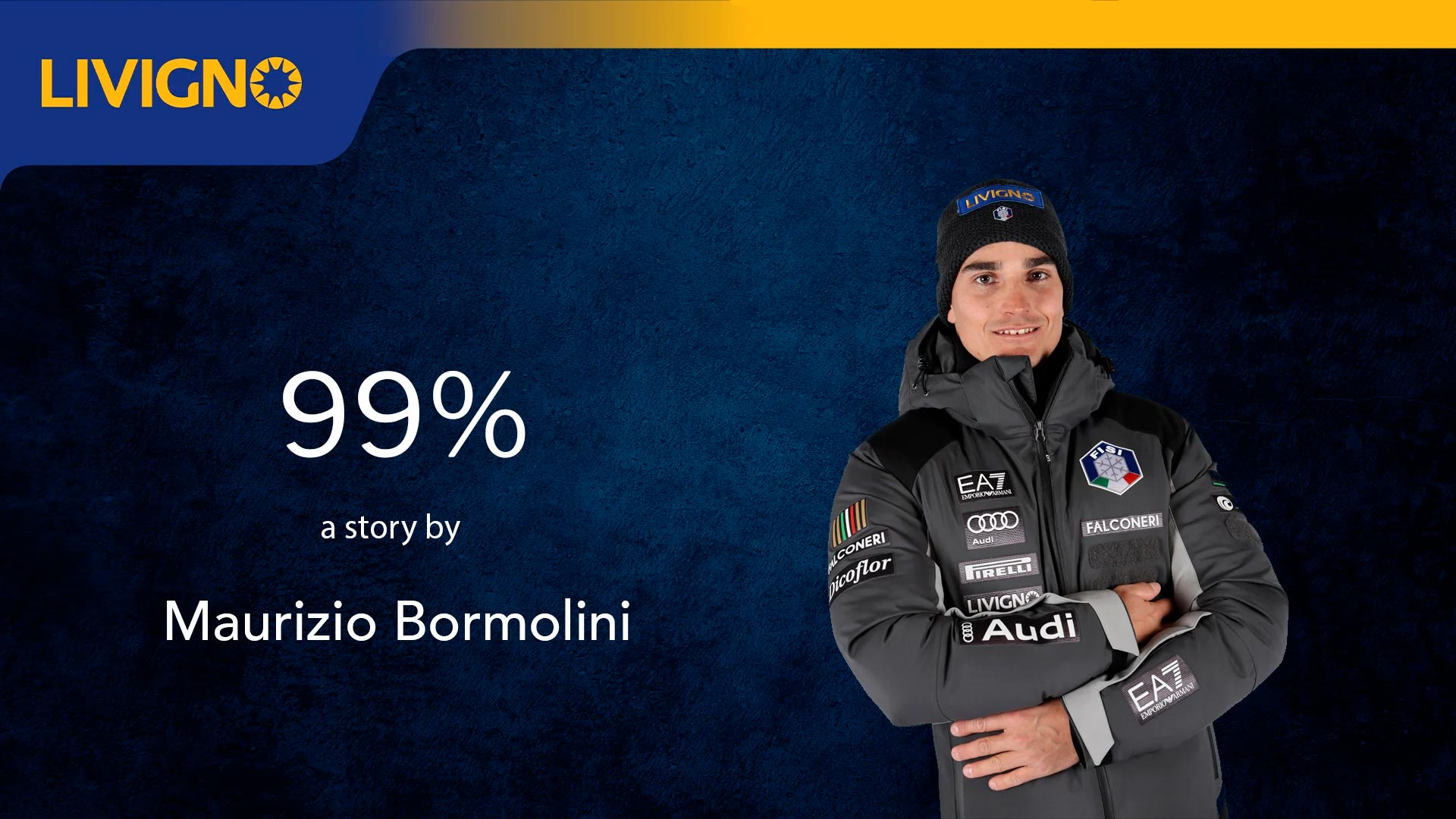 Livigno's snow is a different story.
It is a condensation of its essence, and of its spirit. It is unique.
Particular.
If I were a tourist, I would only come up there to ski and have fun, because you don't find snow like this anywhere else.
Different than elsewhere, different than everywhere else: the snow in Livigno is dry, without
moisture, perfect for the creative, the adventurous.
It is not very fast, but it is among those with the best grip in the world: it sticks to the ground, gives you grip, allows you to attack it.
It is the ideal travelling companion for those who want to pull perfect lines, feeling total control of the vehicle underfoot.
It is fun, like no other I have ever tried. Plus, of course, it's mine.

On that snow, I have been playing since I was a child, ever since brother Lorenzo and I used to get up to all sorts of mischief in the garage at home, hoping to get away with it.
There was also Andrea and Elisabetta, but the relationship between the two of us was unique.
Stronger.
We were great screw-ups, almost punks, but if they gave me the chance, I'd go back in a heartbeat. To start all over again and again.
Mischief included.
Andrea, our older brother, was a big motor enthusiast, and in a small shed behind the house, he kept his precious trials bike under lock and key.
It was a kind of sacred object, which we were not allowed to touch, the real pass to the adult world, and the day Lorenzo and I managed to steal the keys to the lock was like opening the door to a parallel universe.
I was in the third grade, my brother in the first, and we found a way to start the motorbike and started it up on the big lawn behind our parents' house.
I think Mum's screams made the whole valley tremble.
A bit like Dad's, when we smashed a 50-litre demijohn of his favourite wine, doing tricks with the skateboard.
Now, that's what I remember from childhood. I remember lightness and fun.

I remember outdoor games and sport. Football, biking and snow, our snow.

Dad was always into skiing, which is why I started with that. Then I discovered the board, and I didn't want to know anymore.
There's no other motivation than simply 'having wanted it'. And I never even needed a different motivation.
Snowboarding has always been mine, and mine alone. I was the first in the family. There's the whole weight of will, in that: I liked it from the start, I don't really know why, and the fact that it was my decision, my choice, automatically made it irreplaceable.
Part of my identity, I wouldn't have given it up for anything in the world.
"I want to do this", at the exact moment I said it out loud, it was true. And I didn't need a why.
Sometimes life is easy. Falling in love is easy.
And the love that needs no explanation is also the love that lasts the longest.

END_OF_DOCUMENT_TOKEN_TO_BE_REPLACED 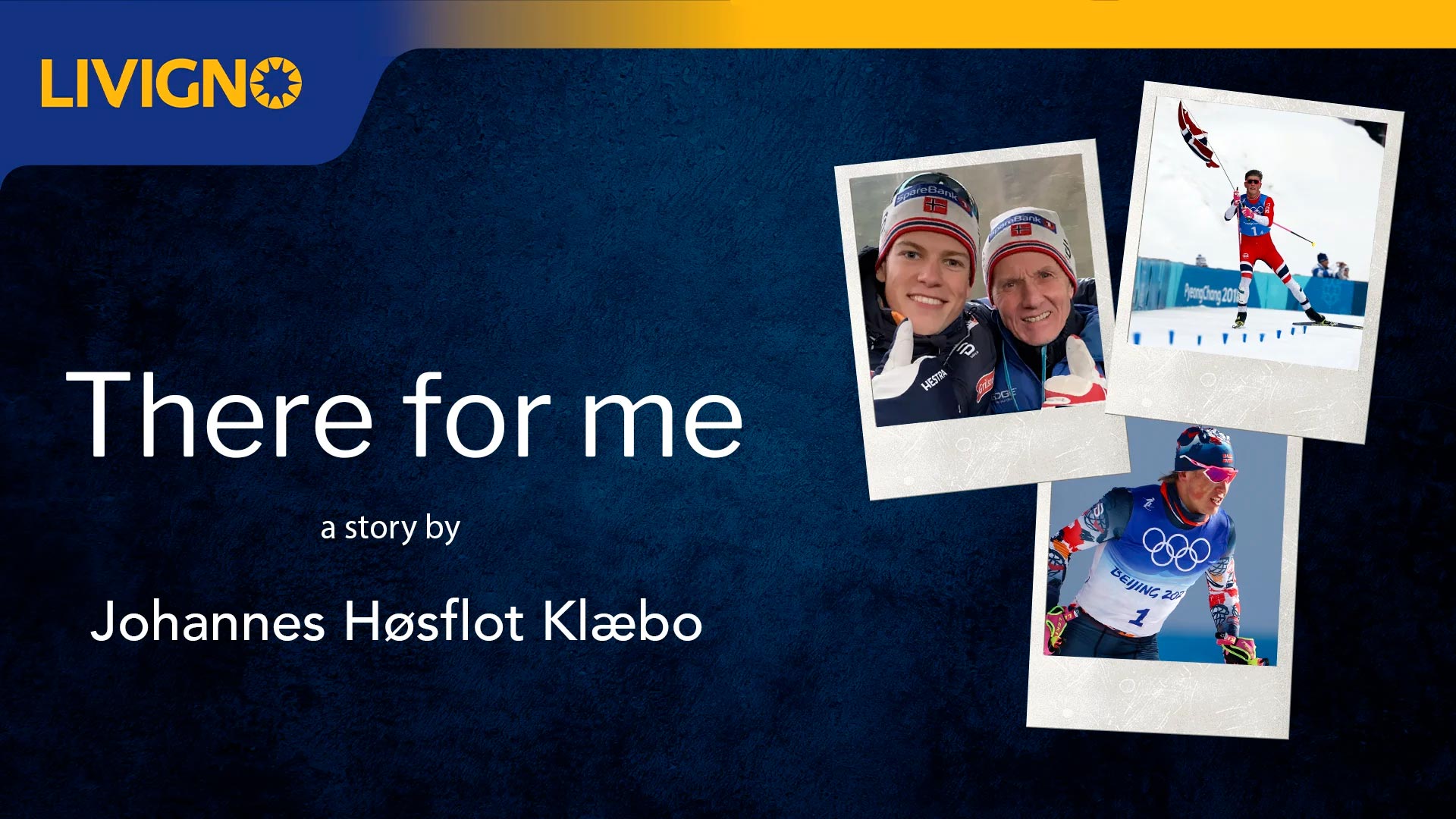 END_OF_DOCUMENT_TOKEN_TO_BE_REPLACED

Grass to mow and tires to inflate.

I come from a family that never questioned the meaning of work because the answer has been rooted in it since its existence.

My family would spend half of its time working the land and attending to the livestock and the other half struggling from evening to morning to manage two gas stations in the fog of the Bergamo suburbs.

Only God knows how many boys and girls grew up the same way in my area and beyond; children of an Italy raised on the ideas of their grandparents, the wish for independence, the stern frankness of the ordinary, which knows no rest and cannot give in to holidays.

At least not all of them.

END_OF_DOCUMENT_TOKEN_TO_BE_REPLACED

I've always loved to tell a good story, and also to have many photos within reach, to reignite the memories featured in those stories.
If you think about it, it's funny how much narrative, how much storytelling there is in every single shot, and how all the film rolls of your life can become a jigsaw to pass down to others. Your photo albums say a lot about who you are, especially to yourself.
Every picture is a moment, and every moment a dot in the sky. If you connect them all, you'll see your personal constellation, the one that guided you right to this moment, and made you who you are today.

END_OF_DOCUMENT_TOKEN_TO_BE_REPLACED 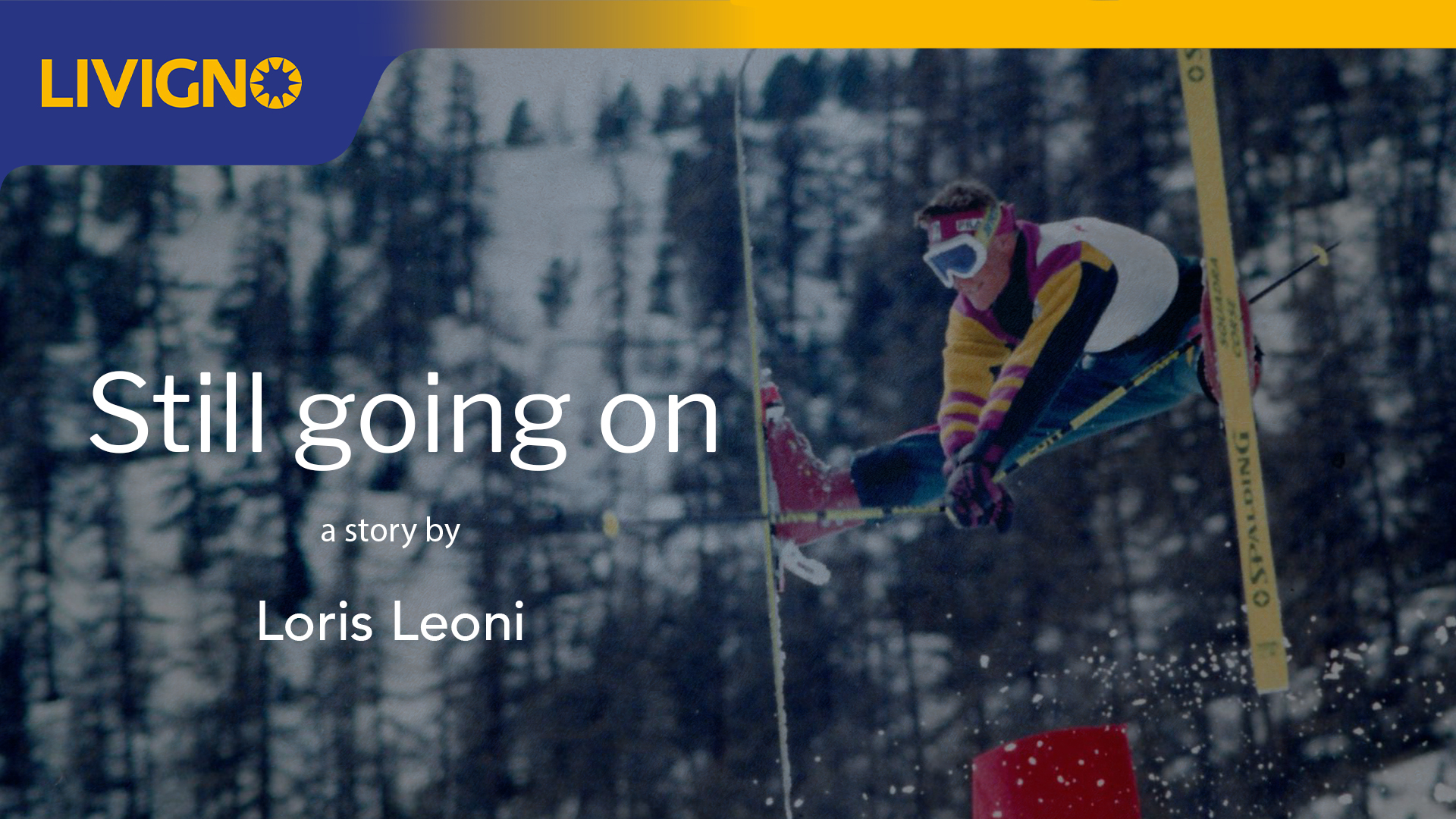 I've always been the baby of the house, the last of the breed.
The outnumbered third son, born seven and ten years after my sisters. And I turned being at the back of the line into a lifestyle.
Since I was a child.
Stray to the core, desperate enough, always curious, my favourite game was being outside, sneaking out of the house as soon as school was over, and getting back at sunset, covered in snow, earth or who knows what else.
They were the 1980s, there were no cellphones, and when a child went out to conquer the town, mothers and fathers couldn't do anything else but wait for them, hoping they would get back all in one piece, without racking up too much damage.
I liked to play with wood, and build makeshift shelters in the woods or in fields. I liked to take my out-of-towner friends - those who came here for the summer and stayed all season - out to explore. I liked to watch construction sites, and bother workers into telling me how things were built.

END_OF_DOCUMENT_TOKEN_TO_BE_REPLACED
View all Next page