Published by Alice Martinelli on July 19 2021 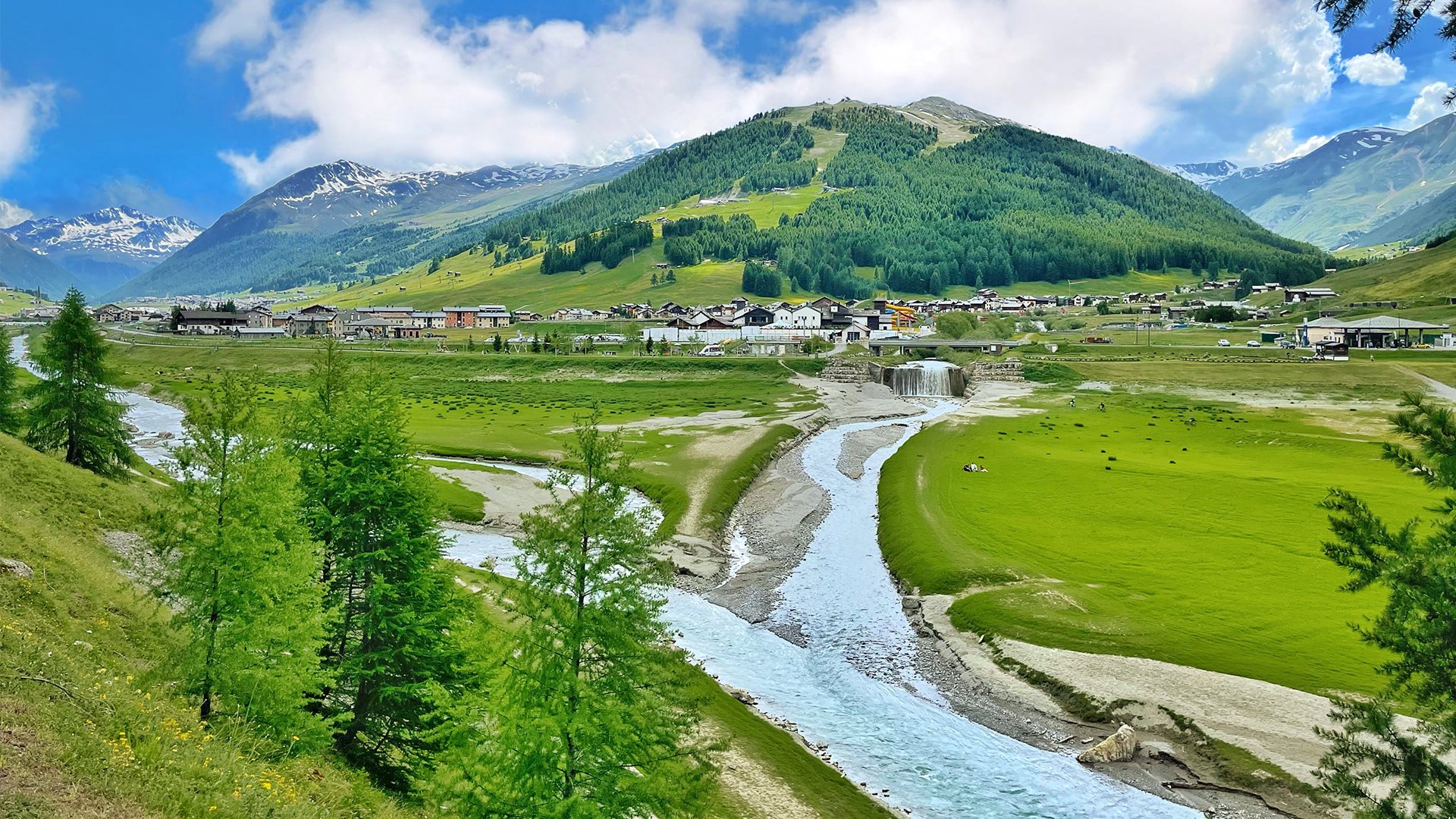 We are used to see it there, long long, its blue-green surface rippled by the wind, surrounded by larch trees.

We took hundreds of pictures of him from thousands of different angles, on his shore and on top of the mountains, and then videos, walks, bike rides, happy picnics under the July sun. He was always there, sometimes a little lower and with the shore covered in green grass, sometimes so overflowing with water that you wondered how he could still be there.

Not this year, this year the water is hard to see: to see it you have to go beyond the middle of the long valley and get to where there is no more grass, only stones and tongues of thick forest. 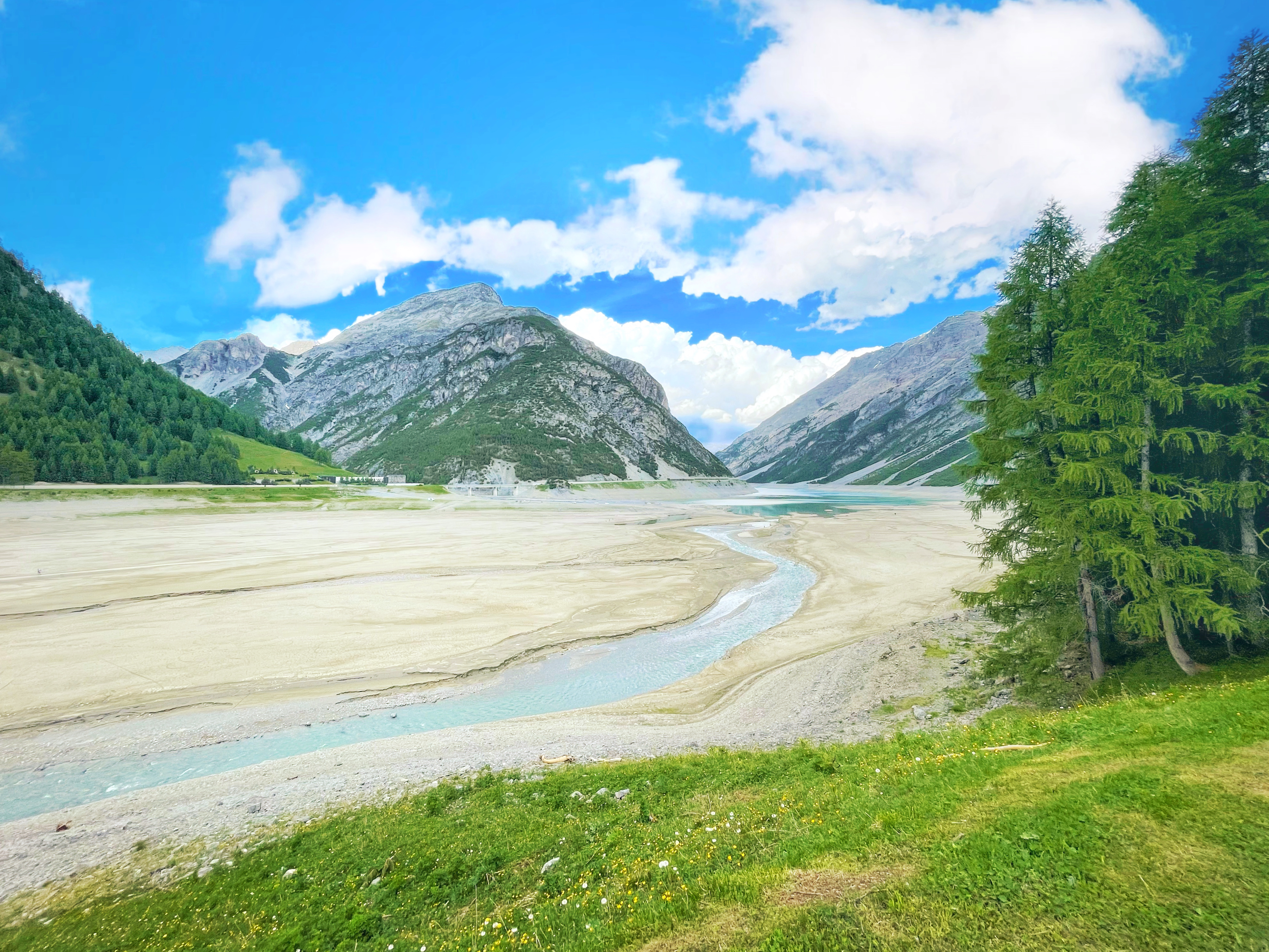 What happened to the lake?

To find out, you need to know its origin.

Usually, where there is a lake there is a river that feeds it. In the case of Livigno it is the Spöl (once called Aqua Granda), which has the particularity to have its source in Italy, in the area of Monte Vago, and to continue its long journey in Switzerland, flowing into the Inn. The name Spöl was given by the Swiss, and its meaning probably comes from "rabid dog": the power of its waters has always impressed those who saw it.

In the first decades of the 20th century people began to think that the power of water could be extremely useful for the production of electricity: all over the Alps (think of Resia, the nearby Cancano Lakes, Vajont, Spluga) were built dams and power channels, after which many valleys were transformed into artificial reservoirs.

In Livigno the same thing happened: in fact, if you continue along the road leading to the Swiss border, you will come across a dam.

Built by the Swiss company Engandiner Kraftwerker AG following international agreements between Switzerland and Italy, the Livigno dam is a gigantic wall of reinforced concrete that draws a long curve in the middle of the valley.

It is the dam who, with its arched back, blocks the journey of the waters of the rivers and thus creates, year after year, the lake of Livigno: an immense energy reservoire that, when fully operational, contains up to 165 million cubic meters of water (in part also coming from other Swiss streams, pumped from the Engadine power plant of Ova Spin, a few kilometers away). In addition to this, 90 million cubic meters go into the waters of the Cancano dam. The energy generated by this incredible quantity of water is used in large part by the area of Canton Grisons and then sold throughout Europe, even in Italy. 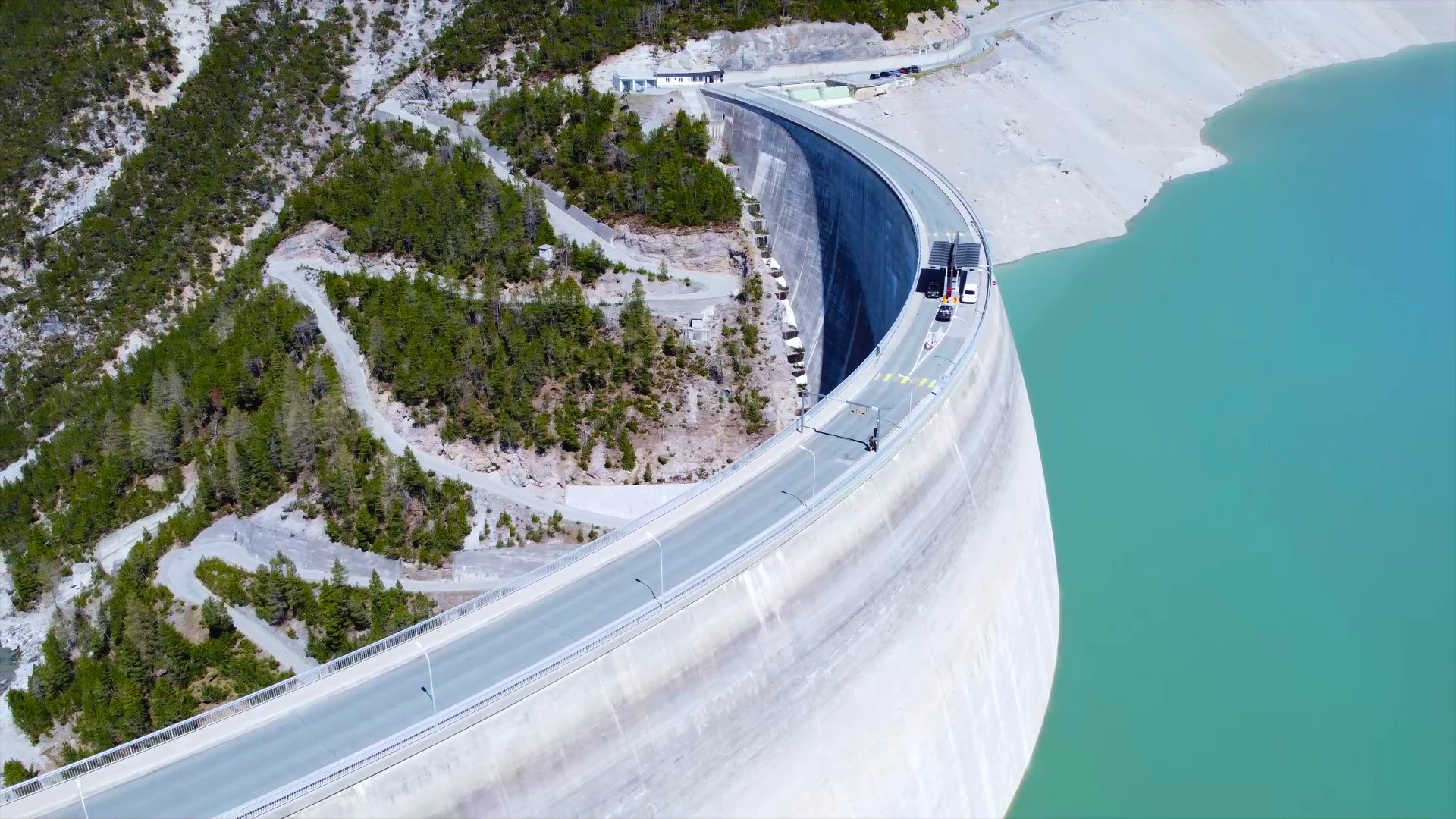 Before the dam was built and the water level began to rise, there were meadows, pastures, roads and small bridges, especially in the southern part, in the valley floor between the entrance of Val Viera and Val di Tort. There were houses made of wood and stone, a small church, a kiln for the production of lime. There was the road that led to Switzerland, a very popular mule track.

Of all this now remain only black and white photographs (collected in a splendid photographic volume called "Once upon a time ..." available at the MUS! and at the civic library), many memories and some stones that can be seen when the water of the lake is very low, as in this period.

And here comes back our question: what happened to the lake this year?

You should know that reservoir water use and consumption is not always constant. There are periods when there is much more demand for energy, especially when unfavorable weather conditions (long, cold and snowy winters, like the one just passed) do not allow to obtain sufficient electricity through photovoltaic panels or wind power: in these cases, the need to use larger quantities of water to produce energy arises.

This explains why this year the lake is so dry: its waters have been exploited more than usual, given the harsh winter just passed.

But don't worry: as the days go by, you'll notice that the water level is slowly rising, and soon it will return to lap the green shores. For the moment, enjoy the unusual landscape and maybe take the opportunity to take a walk on the bottom of the lake, where before there were the houses: definitely an experience out of the ordinary! If you are interested in learning more about this topic, at the Mus! Museum of Livigno and Trepalle you can find a lot of historical information about it.

There is also the possibility to take guided tours inside the dam, during which the functioning is explained and you can discover many interesting things, click HERE for more infos.