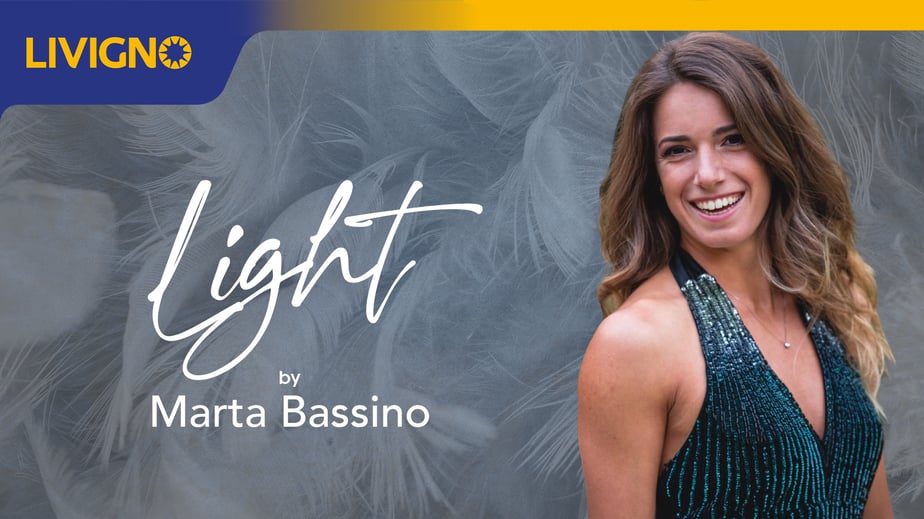 When I realized I had won the Giant Slalom Cup, it was as if my whole life had flashed before my eyes in a minute.
Historical events and recurrences, in a game of dates and places that return and that link my
my most beautiful season ever to those of my beginnings, those that really made me
realize that I could belong to this world of absolute excellence.

Throughout the winter, it was like lying to myself, or at least like omitting
some pieces of the truth. When you're doing something great, it's a matter of seconds when
someone distract you tapping on the shoulder and steal it from under your nose, and
then I wanted to protect my journey, pretending not to fully understand its real
value.
I skied free, trying to isolate myself from everything that wasn't strictly "snow and
stakes", convinced that in sports, the sums are only added up at the end.
Always.
Partly for superstition, and partly because anything can happen in skiing, right up to the last gate. 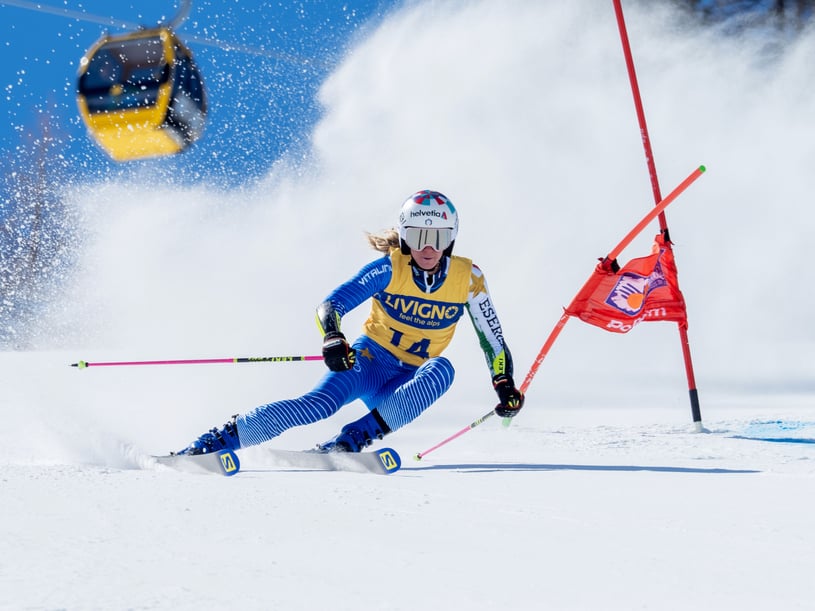 Jasnà, Lenzerheide and Livigno the places of my seasonal lottery.
Jasnà is a special place for me, because there, in 2014, I won the giant slalom gold at the
World Junior Championships and also there, this year, I had the mathematical certainty of having
brought home my first crystal ball.
Even on the eve of that race, when the season was almost over and everyone was living
calculator in hand, I didn't look at the ranking, because I didn't want anything to get in
the way of my desire to win and the concentration I needed to really do it.

When I crossed the finish line and they told me that it was done, that no one could ever
take the title away from me anymore, I let go.
On and off, I cried and then I had doubts that everything was real and that whoever
had done the math had done something wrong.
In that instant, which lasts only a moment and at the same time lasts as long as a
season, I found myself reliving everything that had led me up there.

To be honest, I couldn't even tell if the earliest memories I have are really
my own, or if they are the result of my parents' stories, their stories, and the
films of the time, which we sometimes watch at home.
I started skiing very early and for me, everything came very naturally.
Dad would take us on the snow, with the lightness of someone who does it only for love, without
the project of making me becoming a great skier.
The races were always just races.
Fun and challenge, without side effects.
Moments of confrontation with the other children, in which winning or losing does not change
much.
Winning is winning.
It feels good.
There's no doubt about that.
But it was never the result that defined the value of what I did, not even
when, as a very young girl, I always finished ahead of everyone else.
Sport has taught me first and foremost how to lose, which is much more difficult to
learn, because it puts you in front of mistakes and falls, or simply in front of those who have skied better than you.

Knowing how to lose is an awareness that I still carry with me today, on the circuit of the big and that gives me the light-heartedness to compete lightly, not only from a technical point of view, but also in my head.
I spent my entire childhood playing with my brothers, especially my oldest,
since we are much closer in age than Marco, who is 5 less than me and 7
less than Matteo.
We spent our days skiing or playing in the family chalet,
always shoulder to shoulder, two brats looking for the next adventure.
Ours was a small ski club, where "stakes" weren't made every day, and where fun came first.

That's why, even when Dad stopped being my coach and I entered the orbit of the regional committees, everything kept the same simplicity.Leaving the confines of home, I entered a whole new world,
in which I moved my steps alone, but where I never lost the spirit of childhood.

Growing up, I never had any doubts about what I wanted to do.
Of course, everyone has a bad day, or wakes up with so many aches and pains that you wonder if maybe it's
better to stay in bed.
But nothing intrusive, nothing that was worth more than a thought.

Until the penultimate step, I could say that mine has been a very linear path,
almost easy, even when I encountered the greatness of the World Cup, the
first stage to really make me realize the importance of what I was doing. 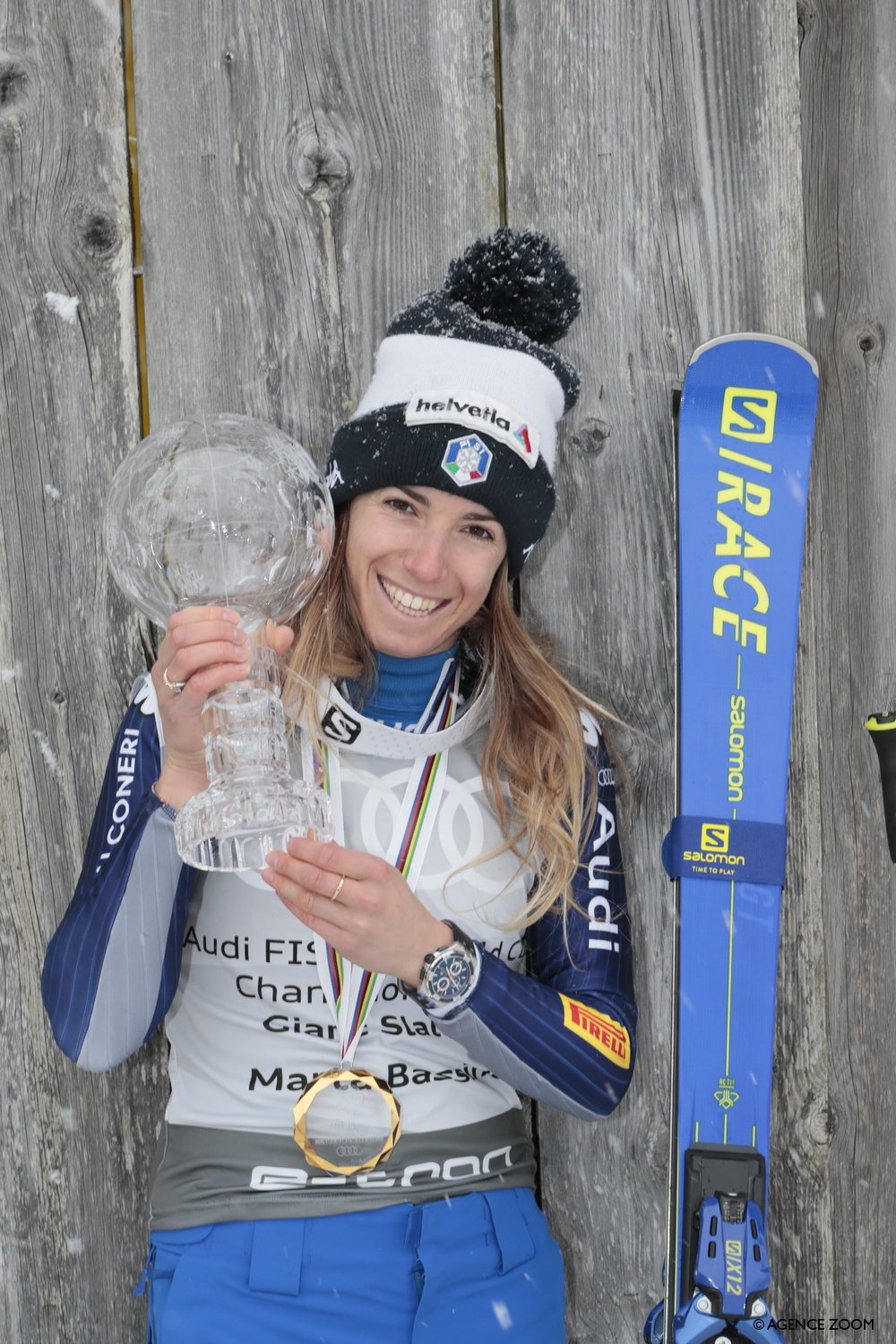 I made my debut on the snow of Lenzerheide, in Switzerland, on the same slope where this year the finals were held and I was awarded my Cup, in a perfect circle, to which the Absolute Championships of Livigno can also be added.

Seven years ago I won the first Italian Championships of my life, always in Valtellina,
shortly after winning the Junior gold in Jasnà and making my debut in the Cup. The taste
of the Absolute Championships then and now is very different, because I have grown and changed so much,
but in the joy of arriving in front of everyone there is always something unique, no matter what.

In the life that passed in front of my eyes when I received the Cup, I saw again
also the emotions of last year and the definitive leap in quality that allowed me
today, to celebrate an enormous goal.
My very first World Cup podiums are dated 2016, when I signed three
third places. 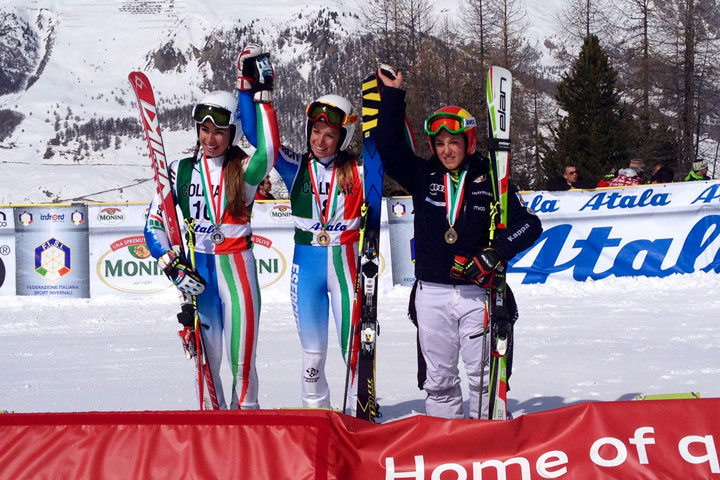 But the difference between bronze and gold is much more pronounced than that between
bronze and a top ten, because the last step is always the one that asks you the
greatest sacrifice.
You can fly in training, you can have the perfect equipment, you can know the track, you can have the right feelings, the right sensations, but then comes the race, and the race is like a parallel reality, where the rules no longer apply.

Obviously, as an athlete, you build yourself up during training, but being able to
translate on the track all that you feel you have inside is anything but obvious.
Skiing is full of test tube champions, of crystalline talents who then break down on
or who get scared in front of the gate that really counts.
It's like the writer's block, which, despite having already demonstrated the ability to write, and
even well, freezes in front of the blank sheet of paper.
This year's Cup, I began to build it last season, when at
Killington, after many attempts, I managed to win my first race ever.
It was like taking a mental step, like pressing the release button.

I finally have proof: I can do it.
Everyone has seen that I can do it.
And if I've done it once then it means that I can do it all the time, it means that
inside me there's everything I need to do it again, and again.
The taste of victory gives an immediate gratification and when you feel the thrill of the
highest step, suddenly, you can't accept anything less.
Winning this Cup has brought me back in time, not only with my
memory, but also for the sensations that I feel on the track, because I feel like
when I was a child and on the day of the race, stripped of the fear of losing, I could always
managed to give that extra something.
Winning helps to win and all my seeding has matured this year.

Over the course of the season, race after race, my mind began to put into
perspective everything I've done in the past, making it almost shrink in comparison
the greatness of the present.
It was like finding yourself at the top of a very tall skyscraper and looking down at the
bricks at the base of the building. The higher you go, the smaller the past seems, but at the same time the more your building grows the more you need a strong foundation.
My career is just beginning, and I hope to keep adding floors upon
floors, to go higher and higher. Maybe with the icing on the cake of the
Olympics of 2026, the home ones, that even if they seem far away in time is
impossible not to start wondering what they will be like.
Which emotions, which goals, especially living the places that will host them. 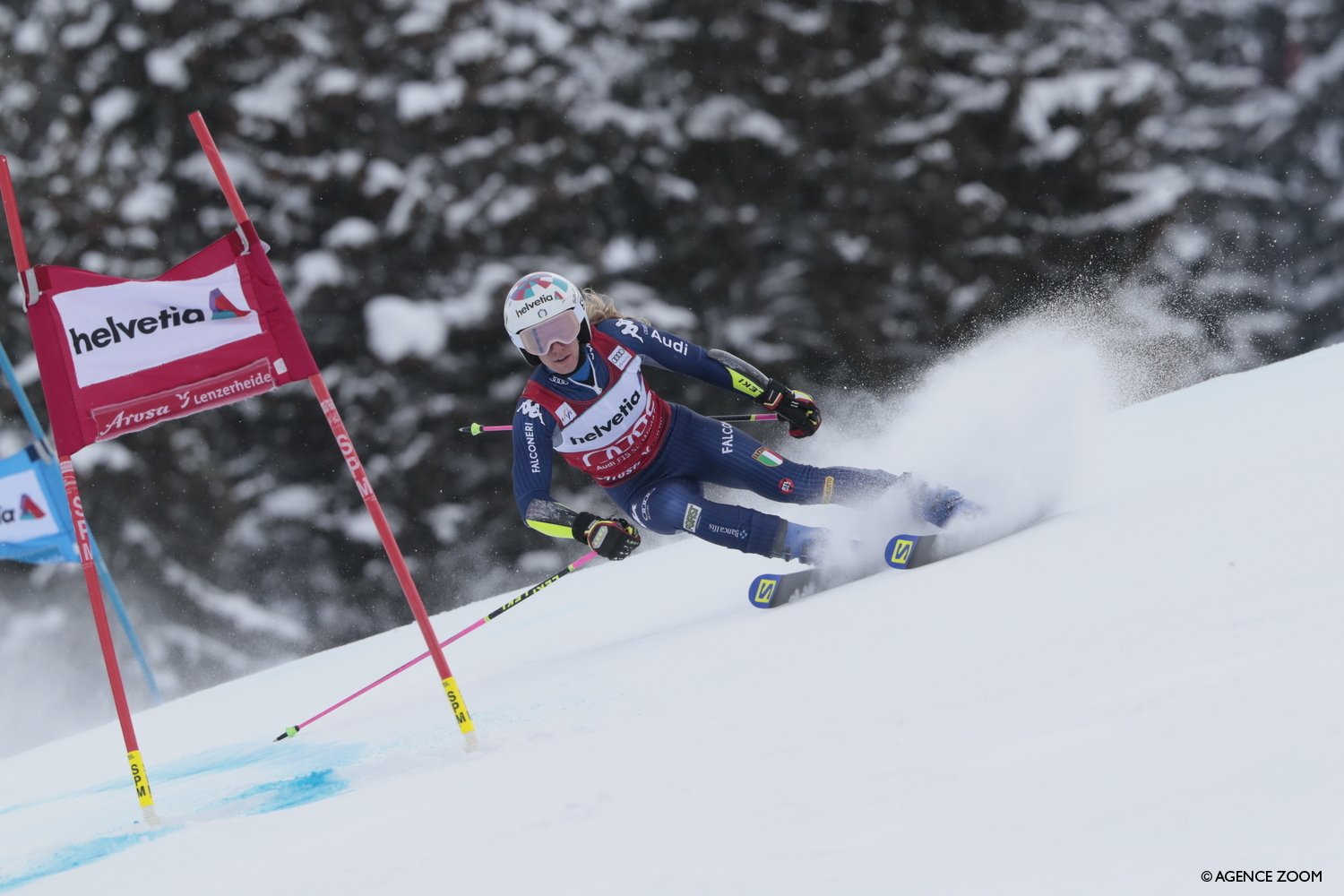 I saw all of this again, past and future, in the space of a minute, before the celebration
for the victory overwhelmed me and brought me back on the track, mind and body, together with my
my teammates and all the people who have contributed to the achievement of this
result.
And it made me realize that the real value of this Cup is hidden in the folds of my
history, in the path that led me here, and that makes the crystal ball only a beautiful consequence.

For this reason, after the vacations, and after having shown it to all the people who love me, I will
love me, I will put it in the only place where it makes sense to keep it: in the past.
That way I'll be able to start the next season with the lightness that has always been a part of me.