Something beautiful | by Elia Viviani

When important things arrive, those that change your life, after all, you always want to believe in them, even when, inside you, a voice repeats: "not too much, please".

You want them to be possible scenarios, but you still have to be careful not to deceive yourself. Because the disappointment of having believed in it and then of not having succeeded, would risk leaving you empty inside, which is never a good thing.

Since the beginning, in my heart, I hoped to become the Italian flag bearer at the Tokyo Olympics, while pretending not to give it too much importance. It is a protection mechanism, for me and for all the others, who have dreamed by my side, to stay grounded.

Not even my parents knew that there was this possibility, and Elena was the one that supported all the load of expectations with me.

What happened next was fast and also very weird. Until the last moment I had decided to ignore the journalistic chatter, staying focused on the present, which in my case meant the Giro d'Italia. Stage after stage, in an edition that I wanted at all costs to complete, even though we were now approaching the hardest mountains, not exactly my strong point. But the moment I was officially told that I was going to take the flag to the Olympics, the climbs in front of me smoothed out and became the easiest of my life.

I concluded the stage of the day with a lightness never felt before, driven and supported by the beauty of a moment that will remain, and accompanied by the embrace of the people, who celebrated the news with me on street corners.

An emotion like that, at first, you can't even fully realize it.

Then the teammates start to congratulate, then the national team mates, then the foreign athletes, especially those who come from countries where the attachment to the flag is strong, then the journalists. And everything becomes a succession of pats and smiles, handshakes and compliments, which little by little, one by one, help you understand a little more about the role that has been entrusted to you.

Until ordinary people start to stop you too, those not passionate about sports, but who during the Olympics will watch all the Italian athletes in the race with an emotional involvement different from the usual, total, because that is the time to participate.

It's exactly in that moment, when I began to be stopped even by all those who have nothing to do with cycling, that I felt the greatness of this task on me, and the mosaic of people who will be reflected in that gesture, was completed in my head and in my heart.

It will no longer be enough that I am just an athlete.
And it will no longer be enough that I am a strong athlete, or a winning athlete.
I will have to be a lead athlete.
A point of reference for others, first in the ways and in the results, because I want all the boys and girls who will parade behind me and Jessica to know that they can count on our example.
An example that is built before arriving in Tokyo, and that is realized day after day, in the work, in the dedication and above all in everything I do when I am away from the track and away from the two wheels.
I have worn my very personal tricolor flag since the first day I dressed in blue color, many years ago, but since they chose me to bring everyone's to Tokyo too, the world has clearly begun to see it on me, and now I have many millions more reasons to prove that I deserve it.

It is not easy to imagine what it will be like to live in the moment. Enter the stadium.
Hear the roar.
Open our parade.

I tried to have it explained to me by those who had the honor before me, who prepared me for a mixture of conflicting emotions, reminding me that the flag is a real journey. A journey that will start from the hands of President Mattarella full of promises, and which will have to return to those same hands, with the value of the promises kept or with the weight of the broken promises, but without ever losing its identity along the way.

I am excited and will do my best to live up to it.

The first step to do this is to put myself in the best conditions to try to replicate the incredible gold of Rio 2016. That remains the most important victory of my career and it was the culmination of a perfect path.
Four years earlier, in London 2012, the Olympic Omnium medal had escaped me at the last time trial, that of the kilometer, leaving me with a deep sense of unfinished.
For this reason, I had experienced the approach to the Brazilian Games with the competitive malice of those who do not want to leave anything to chance, building a perfect performance with a particular attention to the smallest detail. The Olympic season is always very different from the others.

Programs change quickly. The most difficult thing of all is having the ability to draw a line as soon as the appointments on the road are over, and reset everything, to dedicate the remaining weeks to filling the gap with the other track racers in time for the opening ceremony.

In 2016 I had abandoned the Giro d'Italia, traditionally my last appointment on the road before dedicating myself to the track, at the eighth stage, thus obtaining a little longer times to get my legs ready for indoor trainings.
Just a couple of months, no more, where you have to work hard to put in the body the necessary strength to play against the best.

It means going back and forth between Montichiari and Livigno, a place that is almost a second home, to alternate the benefits of the high altitude with more technical training. It means working out in the gym by filling your muscles with lactic acid every day. It means accepting to dedicate all of yourself, physically and mentally, to the pursuit of something big, without thinking about what will come next.

It is an act of faith.

But the most amazing thing about the Rio Olympics is that I remember everything, even the smallest detail.
I was the first among the pistards to arrive at the Olympic Village, twelve days before the start of our competitions. I shared an apartment for six with the track racers, and within the four walls that housed us, everyone talked about their desires and aspirations. It was almost like being a child again, all together in front of something huge, in front of the occasion of life. 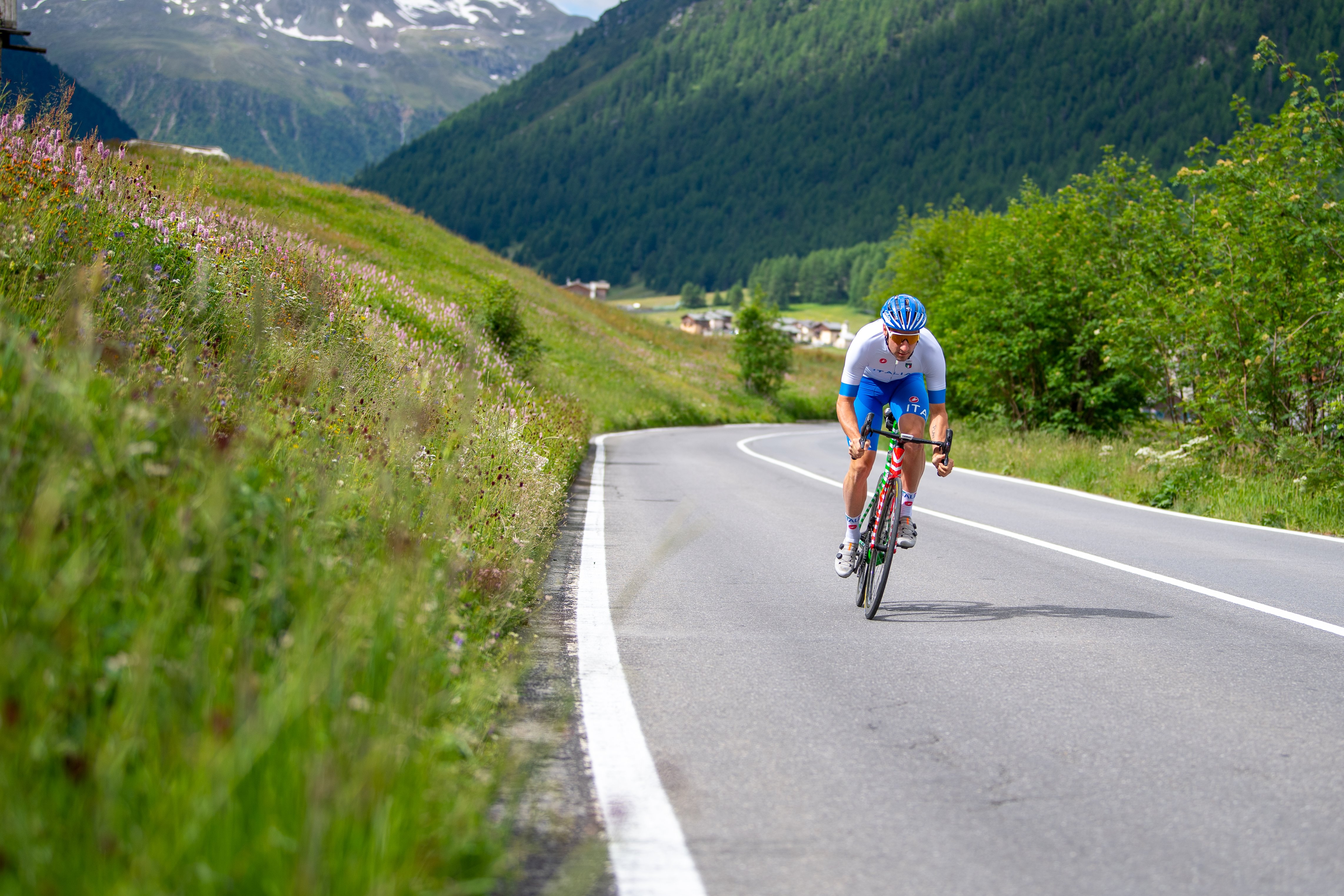 An opportunity that, in my case, was also exploited to the fullest.
I also have a perfect memory of the two days of racing, of every single lap.
What did I feel, what did I think, what doubts did I have.
For example, I remember finding myself confused when, at the end of the first three tests, and with a virtual silver medal in my pocket, I was overwhelmed by the interviews and requests, while instead the only thing I wanted to do was to go back to the hotel to recover my strength, for the second day of competition.

In Brazil there were also my parents, who were on their first transoceanic trip. Their presence always has a calming effect for me, because they know how to make me feel appreciated and loved regardless of everything, taking off kilos of pressure from my tired shoulders.
I spent the evening between the two days of competition with them, in a dinner where we talked about everything except cycling, and I found that lightness again the next day, on the track.

The rest is history, with the fall in the last event and the fierce final ascent, crowned by the three consecutive sprints won, which allowed me to experience the last laps with the gold medal already in my pocket.

Unique moments, which gave me time to understand and savor success when it was still happening under me.

That triumph gave way to an important path for our entire group, which has been able to build strong teams, both in men and women, to the point that today we leave for Tokyo with the ambition of a medal in each of the six races scheduled for Games.

Today, as in 2016, I returned to Livigno, to catch up with the feelings of that time, and to prepare for the Olympic assault pampered by friendly mountains. Even the head wants its part and here everything is devoted to the athletes, like a little paradise on earth. I alternate the long outdoors to ease the fatigue and enjoy the climbs, to the exhausting work in the gym, to get ready for departure towards the east. 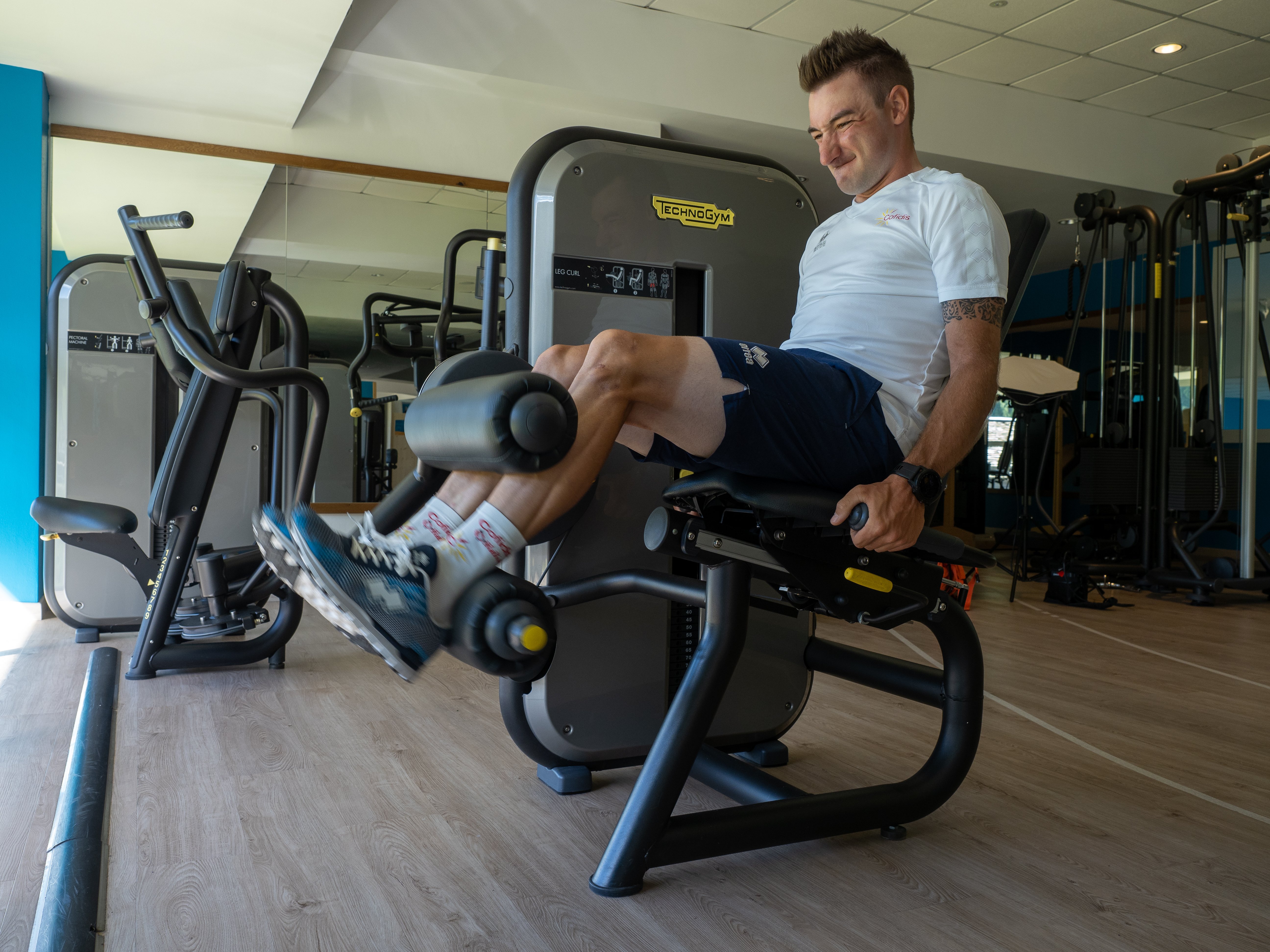 The athlete in me will arrive prepared, after an approach path that follows as closely as possible that of the previous edition, even if this year I completed the Giro d'Italia in its entirety.

And to the trip to Japan, I have something big to ask, because an important task awaits me, which happens once in a lifetime, and in this case, really, it's not a saying.
From the height inside the velodrome, from the road to the track, from the distant dream to the closest goal.

Always with Elena by my side.
Always with my family close to me.
And with the same burning desire to win.
Compared to the past, however, this time I will also pack something more. Something that was loaned to me, and at the same time belongs to me. Something mine, which is also everyone's.
Something beautiful, to take care of.