Real Snow in August? In Livigno it's possible!

Published by Livigno on August 03 2019
It is not common that in the middle of August, in Italy, you can attend ski races or events on the real snow, but since the last years it has been happening in Livigno, right in the center of the town: also this year on the 23rd August, on the occasion of the two events "Palio delle Contrade" and "1kShot", the streets of Livigno will turn white, creating a 1 km of track of real snow. 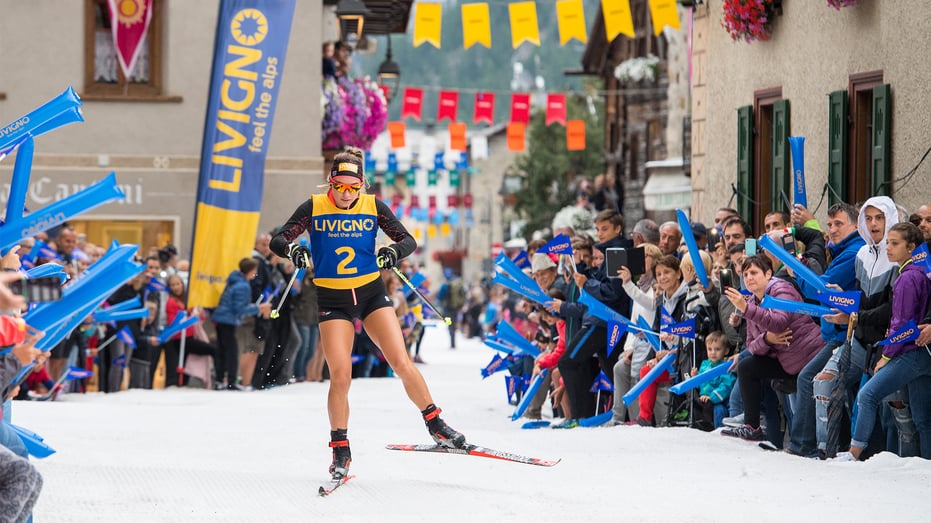 The unmissable summer preview of the winter skiing season will be made possible by the Snowfarming technique, an innovative method of preserving snow based on the use of sawdust and geothermal fabrics that protect it from the high summer temperatures, preventing them from melting. Since 2016, Livigno enthusiastically embraced the use of this technique, which reduces the use of artificial snow by "keeping" part of the snow of the abundant snowfall at the end of previous winter. 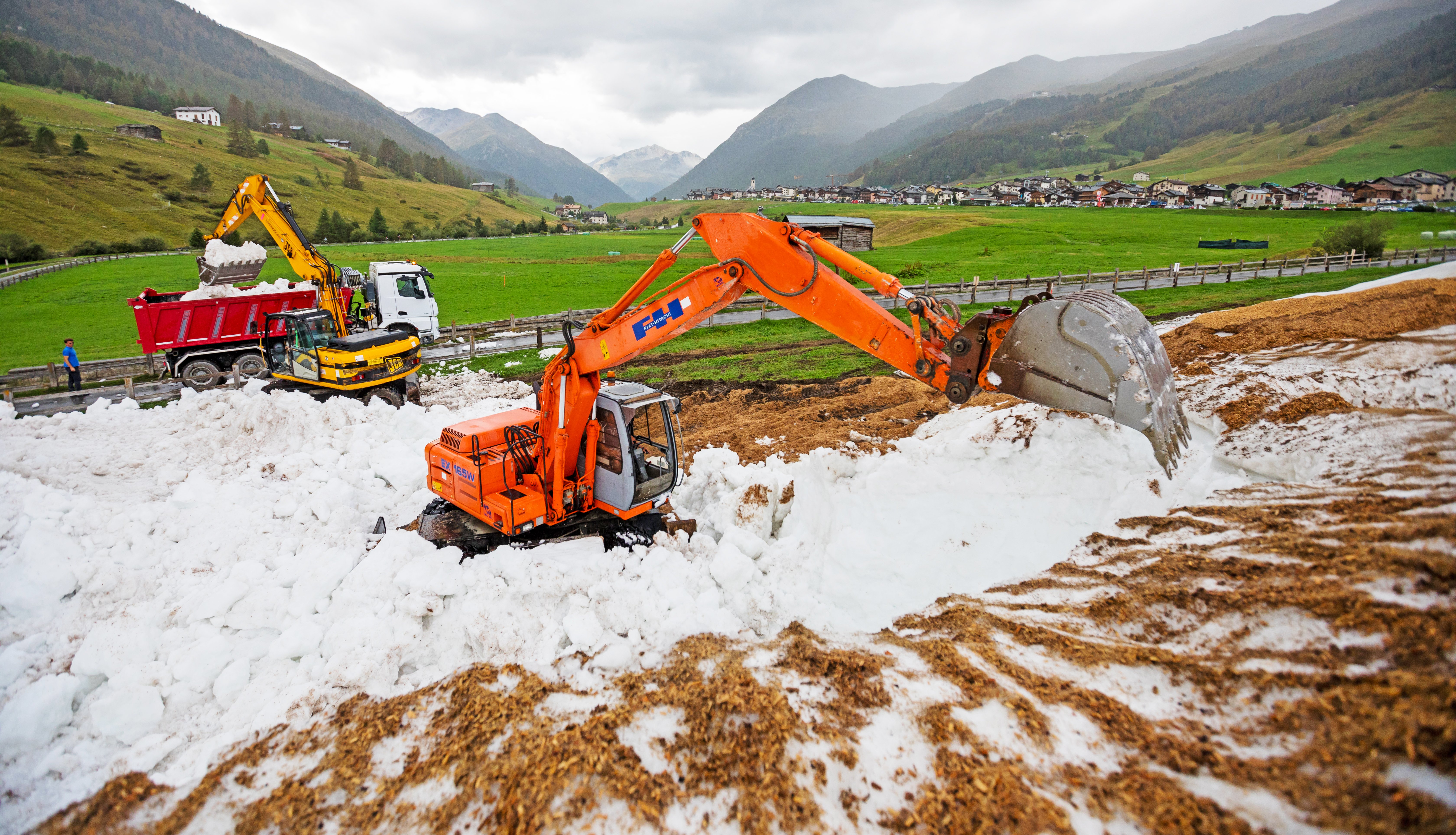 The "Palio delle Contrade" is undoubtedly one of the most popular traditions of the inhabitants of Livigno, as well as one of the most awaited event by tourists and visitors: every year during the event the inhabitants compete in an exciting cross-country skiing competition on the snow using traditional clothes and equipment to defend the colors of the eight city districts: Centro, Comunìn, Pemónt, Fórcola, Ostarìa, Plàn da Sóra, Saròch, Teòla and Trepàl.

But it's not just the Livigno people who are waiting for this day with trepidation: next to them, a group of Italian and international cross-country skiing and biathlon champions are preparing to compete in this fascinating setting that combines the traditions of the past with the most modern and contemporary techniques. The event that anticipates by a few hours the "Palio delle Contrade",  is indeed the high-level competitive race "1kShot": a race of 1 km to the last breath on narrow skis, to which some of the best national and international athletes will take part, like the Livigno ambassadors and world champions Dorothea Wierer and Lisa Vittozzi, followed by the other Livigno Team athletes including Thomas Bormolini, Saverio Zini, Rudy Zini and Paolo Rodigari.


In addition to a truly evocative and exciting moment for both athletes and the public, the double appointment with the Palio delle Contrade and 1kShot represents a real anticipation of the winter season, which this year in Livigno will already begin on the 19th October 2019 with opening the cross-country skiing ring. Thanks to the use of the same snow stocked in the summer with the snowfarming technique, the cross-country skiing ring in the central plateau will indeed allow many professionals and amateurs to start training in a period of the year in which it is possible to practice Nordic skiing only on some glaciers. The recovery of natural snow will allow them to anticipate their altitude training also taking advantage of all the other facilities and services that the Little Tibet offers to athletes, including the swimming pool and the gym of Aquagranda Active You! as well as the brand new athletics track recently inaugurated at the sports center, one of the highest in Europe.

The appointment with 1kShot is on the 23rd August at 17:30, while the traditional Palio delle Contrade will start at 20:30.

To make the day even more special, local artists will create a giant-format Snow sculpture in the center of the town.
Last year, it was possible to admire a huge snowman: who knows if this year instead, in the light of the future Winter Olympics 2026 - for which Livigno will host the Snowboard and Freestyle disciplines, in addition to one of the Olympic villages - the theme of sculpture will be the five rings. 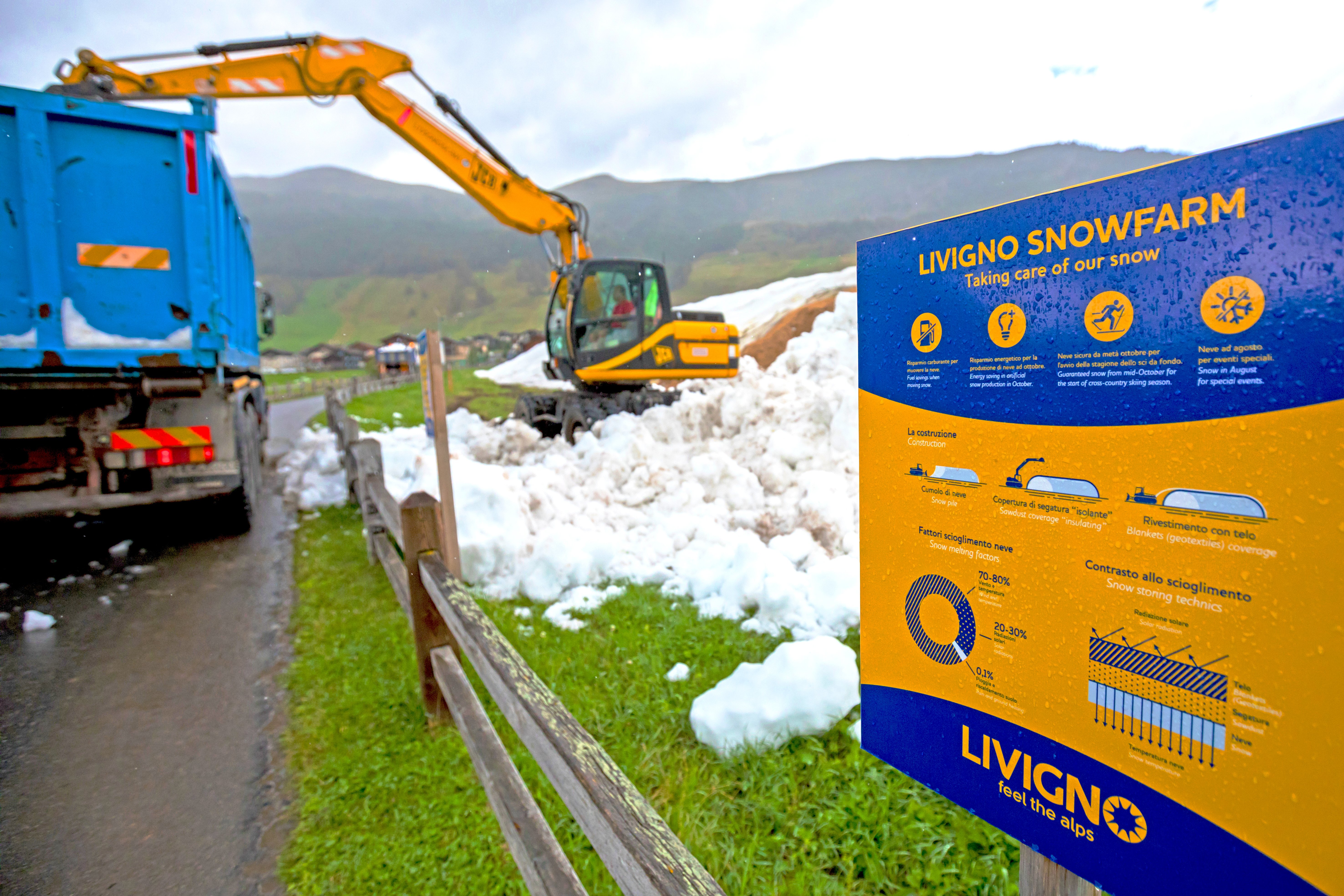