Published by The Owl Post x Livigno on December 22 2021 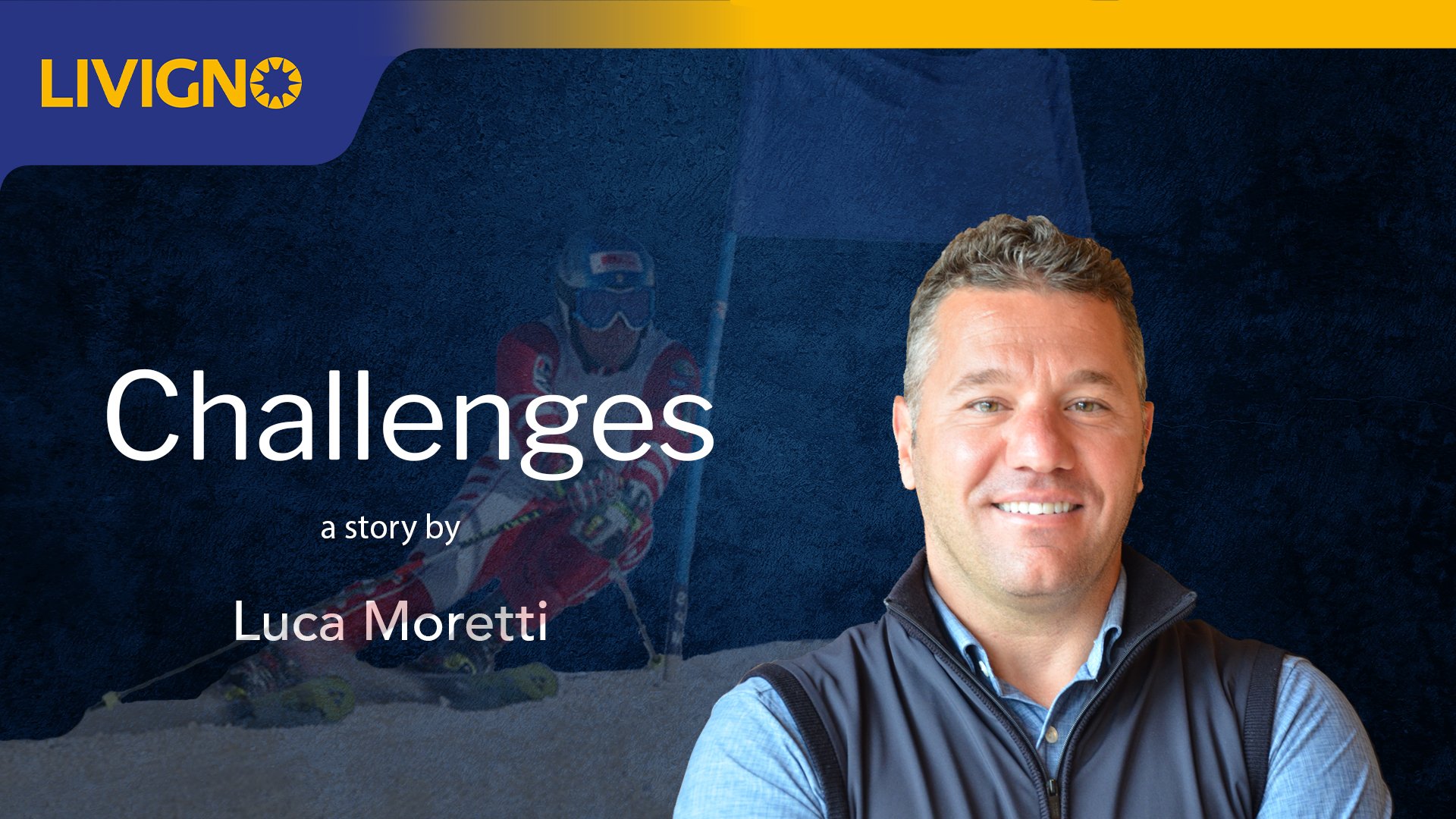 A challenge is always a challenge.

That never changes, at the starting gate or sat at a desk.

When you are just a boy, and your hands and feet are full of dreams, it is hard to believe that things can change just by a tiny detail.

When they tell you that, you don't even believe it, but that is sometimes how it goes.

One word more, one less, said by the right person.

A skier who forgets something.

A director who thinks they see the wrong attitude in you.

And in the space of a single second, someone’s life is changed.

Going back over my years as a skier, I would perhaps bite my tongue more. I would perhaps focus all my energy on my things alone, trying to bring out the best of what I had inside, without leaving even the minimum doubt. 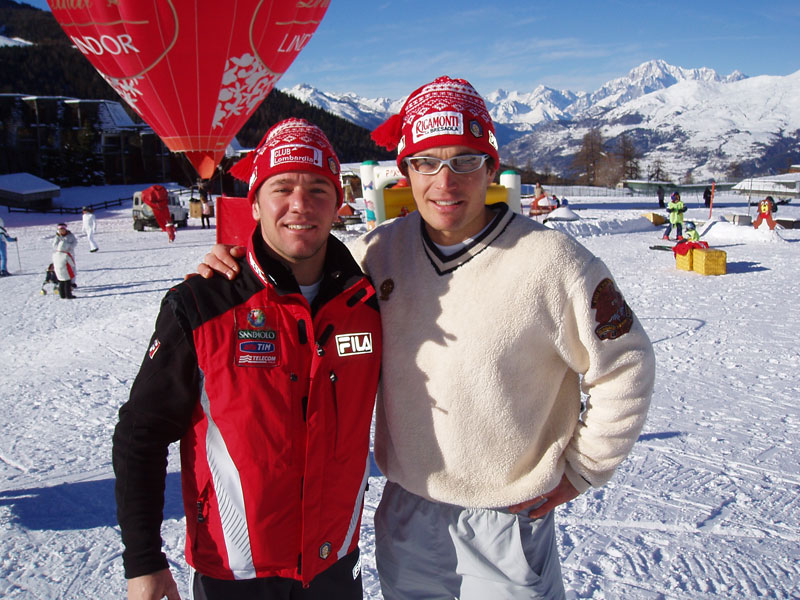 I was an eager, lively athlete, and perhaps that is where I should start from.

I never had time to get bored, even as a young child. I tried new things every day, constantly searching for snow and new stimuli. To be honest, I was a little rascal, a street-wise kid who always found a way to get what I wanted.

Was I finding maths difficult?

Not a problem, because by the end of the year, the teacher would still give me good marks, without realising how I had managed to get out of it all term long.

The big managers of today would call it “problem solving”, or “creative thinking”, but it was something simpler than that for me, something more immediate, something I have always had inside me. For instance, I remember once when there were skiing competitions, the caretaker (who knew about my passion) and I had a secret agreement. He would come and knock on my classroom door and get me out of the room with some excuse invented last minute. We would sit side by side and watch the first round in peace, arguing about our favourite athletes. When the bell range, I would run home as fast as I could, so I didn’t miss a single skier in the second round.

Being cunning is a great gift, but as you grow up, you realise there are some subjects where even that won’t help you, and you have to learn to face things as they are. So, the only thing I never took a single short cut in was skiing.

Simply because, in sport, there aren’t any.

From junior high school onwards, I discovered to my surprise that I was a hard worker. My physique changed, year after year, and I got stronger and more muscle-bound, and continued to feed my ambition to reach the top.

A little at a time, work became my comfort blanket.

Effort was my switch, and I needed to make a lot of effort to feel truly ready for something. Later in life, I realised that there isn’t a way in skiing to know for sure you are ready, because there aren’t any guarantees, and you can only have the answer to the questions you asked yourself at the top of the slope once you have passed the finishing line at the bottom.

If I had to do 15 sets of squats, I would do 16, even if I was full of lactic acid when I got to the end and the reps weren’t as good as they should have been.

If I have to do 100 trials on the slope, I would do them all, to the very last, because I believed that in that way, the one that counted, the hundred and first, would be the one that was “mathematically” perfect.

It's a shame that isn’t true.

It isn’t true because sport isn’t an equation, although calculations count, and because head and strategy are an integral part of the growth process, in all sports and all fields of work.

It took the hardest period of my life, when I was losing my dad, to realise that fewer hours for training didn’t mean doing less, it just meant doing them better, so that will and ideas could achieve what my legs no longer had time for.

This is perhaps the hardest part.

Managing to maintain the right balance between being aggressive and resourceful, and understanding the importance of the surroundings, that are perhaps bigger than you and your descent.

When I made my début in the World Cup, I walked round with my skipass attached to my chest, and instead of my own photo, I had put one of Kjetil André Aamodt, who had been my hero when I was young.wh However, when you find yourself actually standing next to him, and you are both about to descend the same slope, competing for the points on offer, you have to be mean and canny, because you want to show him what you are made of, but you don’t want to overdo things.

The paradox of sport, what makes it so fleeting and beautiful, is that with maturity comes greater awareness of everything surrounding a race. But it is that very awareness that puts a brake on your healthy recklessness that you need to be really good.

It is a game of communicating vessels, where you are the mad scientist holding the test tubes of your career.

When I was in the national team, one of the coaches started to call me “the manager”, because I always wanted to know everything. Unlike the others, who would set off with their suitcase and backpack, I always had a trolley case, because I looked like someone who was travelling to discover something new rather than to compete.

I would study every tiny detail of each place I visited, for my own personal curiosity: how much a skipass cost, how many hotels there were, how many beds there were, why there were parapets, how the routes to access the seats had been studied, how the event was organised, how they have designed the logo.

Everything became a question for me.

And as I spent hours searching for answers, I realised what I wanted to do when I grew up. 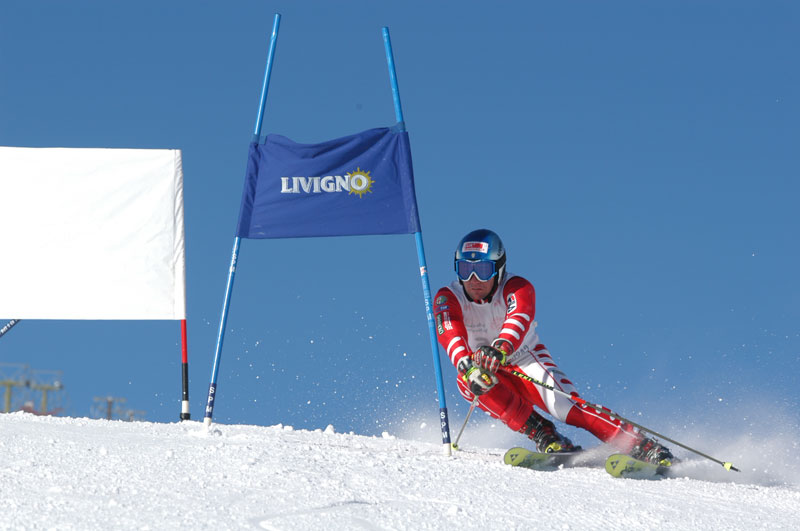 I retired suddenly, in a day, more out of anger than by choice. And partly because I never loved half measures.

At the precise moment when I thought they were not giving me the opportunity that I deserved, truly deserved, I took off, placing as many miles as possible between myself and Italy. I cut the cord.

Today, looking at it with different eyes, I’m no longer sure that I suffered an injustice. But it takes a long, long time to truly understand all the shades of grey in life.

First of all, I went to work in Canada, in Whistler Mountain, which soon after hosted the 2010 Games. Then luck would have it that I was recalled to the Italian team, in a technical role alongside my old team-mates, in preparation for the Vancouver Olympics.

I have the opportunity to witness the two side of the lead up, experiencing both the organisation and the sports aspects.

Because all those questions that I asked myself when I was still skiing merged into one big answer, that made me immediately realise my final purpose was, as soon as I retired from being a professional.

I put together everything I had gathered and went home, to the APT, with the idea of dedicating myself to my homeland.

Sport and the magic of professionalism.

The desire to excel and to learn new things.

The need to invest and the rule to never forget your roots.

A challenge is always a challenge, even sat at a desk, and like on that unforgettable day when I was walking round with Aamodt's photo on my skipass and I met him in real life, I think the secret lies in finding the right balance between competitive meanness and logic

Today’s challenge are all here in Livigno and the entire Valley, which is getting ready for four years that will go down in history. And if the grandeur of the Games is almost a deserved one, that will carry its weight regardless of what happens on the slopes, the most important thing we can do is decide what remains afterwards, when the flame has gone out.

The Olympics are the opportunity to raise up Valtellina. We must do that without ever losing sight of who we are and what we stand for, but also with the highest quality. We must welcome them without ruining our relationship with nature and traditions, aware that what we leave behind for those coming after us, in addition to a lot of great memories, has to last over the years, and determine our valley’s cultural and historical inheritance for future generations.