Dinosaurs on the mountain | by Marco De Gasperi 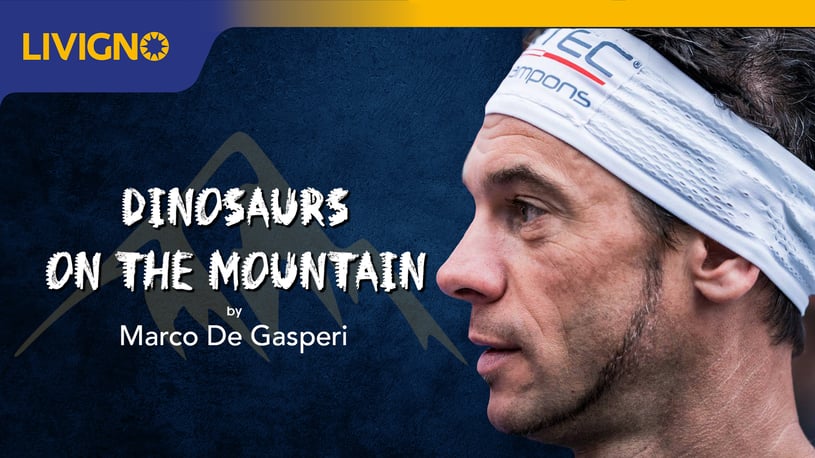 How much is a pat worth.
How much is a kiss worth.
How much is a “good job” worth.
The mountains are made of tales and of the echo of their winds, that no paintings and no film can ever sum up in something that fits in a pocket of your jeans.
The valleys, the mushrooms, the rocks.
The new shoes at my feet, running shoes, that my father gave to me and tied for the first and last time, so that I could follow him on the trail, amid the holly trees.

Fathers are always the first to strike a nerve.

They pinch the strings of your soul, they guide you, the pass on a thought that is theirs too, that is only theirs, and that becomes yours, regardless of your desires.
It’s like a seed that is buried inside you, and, depending on how much you will know - or want to know - how to take care of it, it will become a vine, a flower or a weed, impossible to eradicate.
I was a curious boy, with many different interests that, like a magnet, all ended up gravitating around the mountains, even though each one on their own.

From botany to astrology, from mycology to wildlife studies: I loved to live with Nature as my teacher and trails as my classes, with my head lost in the sky and long strides.
Before I even started to think, before I started to dream, when everything was already hidden by morning frost, the mountain was already my biggest passion, and it had been my storyteller of a father to put it in my heart.

And I never called him ‘Dad’, always by his first name, it was like that then and it is like this now.
Nemo profeta in patria, not even someone who is so linked to his land to be his homeland itself, and so when I realized I had the spirit and the will to get somewhere, my admiring gaze landed on more distant legends.
Legends you cannot touch, those really far away, insomuch so that they can never fall, because what you see of them is only the fair copy sent off to the press, accurate, without typing errors.

In the beginning, I was no good in sports.
However, when my body started to become a little bit more mature, I realized my talent for hillclimb was there. It was a talent within me that I had never trained, but it was there for me to grab it.
And it blossomed all of a sudden.
From Valtellina to the rest of the Planet, from strolls to world records, I set off, with a piece of home and a piece of my father inside me, to the discovery of my limits and everyone else’s.
I started running, running on the mountains, burning slopes and smoothing out hills, at a time that, even though it was only thirty years ago, it is the archaeology of discipline.
Like dinosaurs, waiting for an asteroid to crash against the Earth, we “made up” a sport, we transformed it, we changed it, motivated by a constant dialogue with the timeless elements and poetry of a race without a finish line.

I just wanted to run.
And that’s what I did, all the time.
Filling diaries upon diaries, writing pages packed with notes and thoughts, halfway between a stream of consciousness and a technical analysis, between prayer and scientific method.
A little bit Freud and a little bit Dorando Pietri, I jotted down every detail about each race on paper, the big things and the insignificant ones, proof and feelings.
From my heartbeats per minute to the number of clouds in the sky.
Everything was a critical assessment.
Winning and losing are two Siamese twins, and if one gets here, they both do.
I was looking for a loophole, a loophole to downplay my success, or the value of my test. I wrote down about the missing competitor, or about the one who had underperformed, ending up downgrading my race to an ever-relative value.
I didn’t do it on purpose, no, but my reward wasn’t winning.
It was elsewhere. 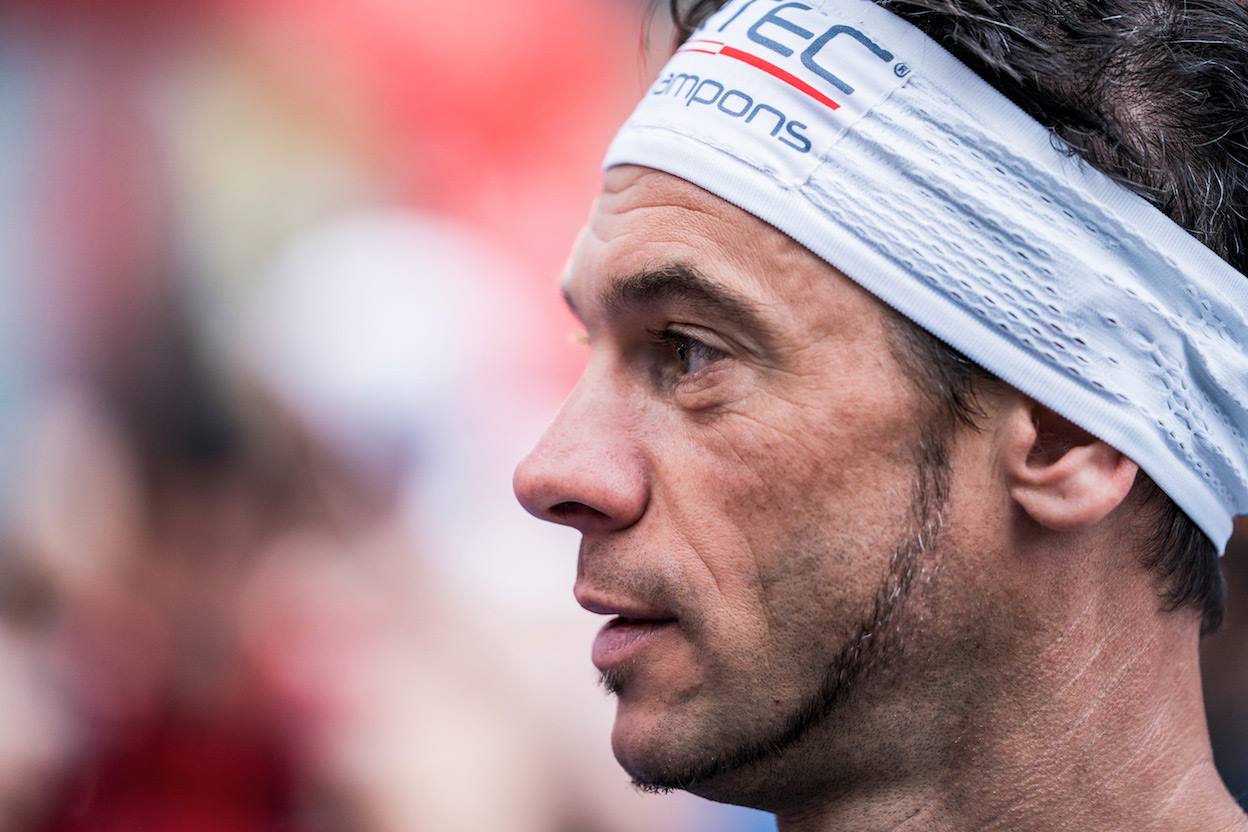 The day I won my first World Cup - a nice crystal ball - I forgot in on the conveyor belt at the Prague airport, and a safety officer brought it back to me, all out of breath, while the other members of the expedition looked at me, bewildered.
It was my first senior year, and even now, I have no idea of where that Cup is.

I spent three lustres of my life running for a living,
and in those 15 years everything changed, not just for me.
It was like discovering what I had always known, what we had always known about human mechanics was wrong, simple as that.

From Pheidippides to the labyrinth of the mind: I was born and raised with the idea of doing a marathon as my greatest ambition. Little by little, along the way, I found out there were races that reached 50 km.
Then 80.
Then 100.
Then 150, then 170, then 300.
Then 330.
And this thing drove me crazy, because I couldn’t figure out where this sport was going, my sport, aka running on the mountains with slopes.
Doing it for days on end was crazy.

I took some steps too late, I took some jumps way too late.
I focused on something I believed in too much, such as distances I thought were the evolution, the future.
And then history ruled in favour of other people: long distances, and very long distances that I undertook when I was already 40 years old, and my best performing times were over.

I didn’t want to do that.
I forced myself, as an ideal, not to take on this kind of challenge, such as running for 24 hours, for instance, because it felt stupid.
Then, I discovered, by trying it, that it was peculiar, that it made me feel something. The fact of being in an adventure, an adventure with yourself.
It’s the paradox of the human body, the more you ask the more it gives you, in an unstable balance where pain and pleasure and often the same thing.

And with the increasing distances, which became more and more surreal, more and more incredible, mountain running almost stopped being a sport and became pure discovery.
When you can’t manage your strength anymore, because you can’t calculate the road you can take on with your energy; when you keep on placing one foot after the next only because your brain wants you too, and not your body, the limit between mind and action disappears, and you find yourself in completely unexplored territories.
I went from competing shoulder to shoulder with 4 or 5 opponents up to the last meter of the race, to these endless solo rides, where other people are just ghosts of the past, lost in their own woods.
And there is no one but you, with so many kilometres to take on, that you mind loses control, because it can’t keep up.
The fingers on your hands are not enough to fixate on a number, and the finish line is just a concept, that may or may not exist, and to see if it’s true, you must first discover yourself.

The soul starts thinking in blocks, in compartments, and the same person that after 10 hours of running is feeling well and bright, five minutes later could struggle and let the deepest discouragement win them over.
Then, a ray of light seeping through, a light breeze on the face, and a new moment of lightness puts everything back where it belongs and takes you to the next limit.
Thinking about light things helps lower the heartbeats and make the hours go by, in a dialogue with the mountain and nature that almost becomes part of the landscape, a soundtrack of the journey, even more than the wind, the animals and the soles of your shoes.

There is no single memory that can fully describe what the mountains give me, and what the many kilometres consumed by going up and down the hills of the known world have given me.
However, it is clear, that if I look back I see the dots of my life, and today they are easy to connect, with a stroke of the pen.
How lucky was I to be born here, surrounded by beautiful valleys?
How lucky was I to have a father that passed on to me their real value? 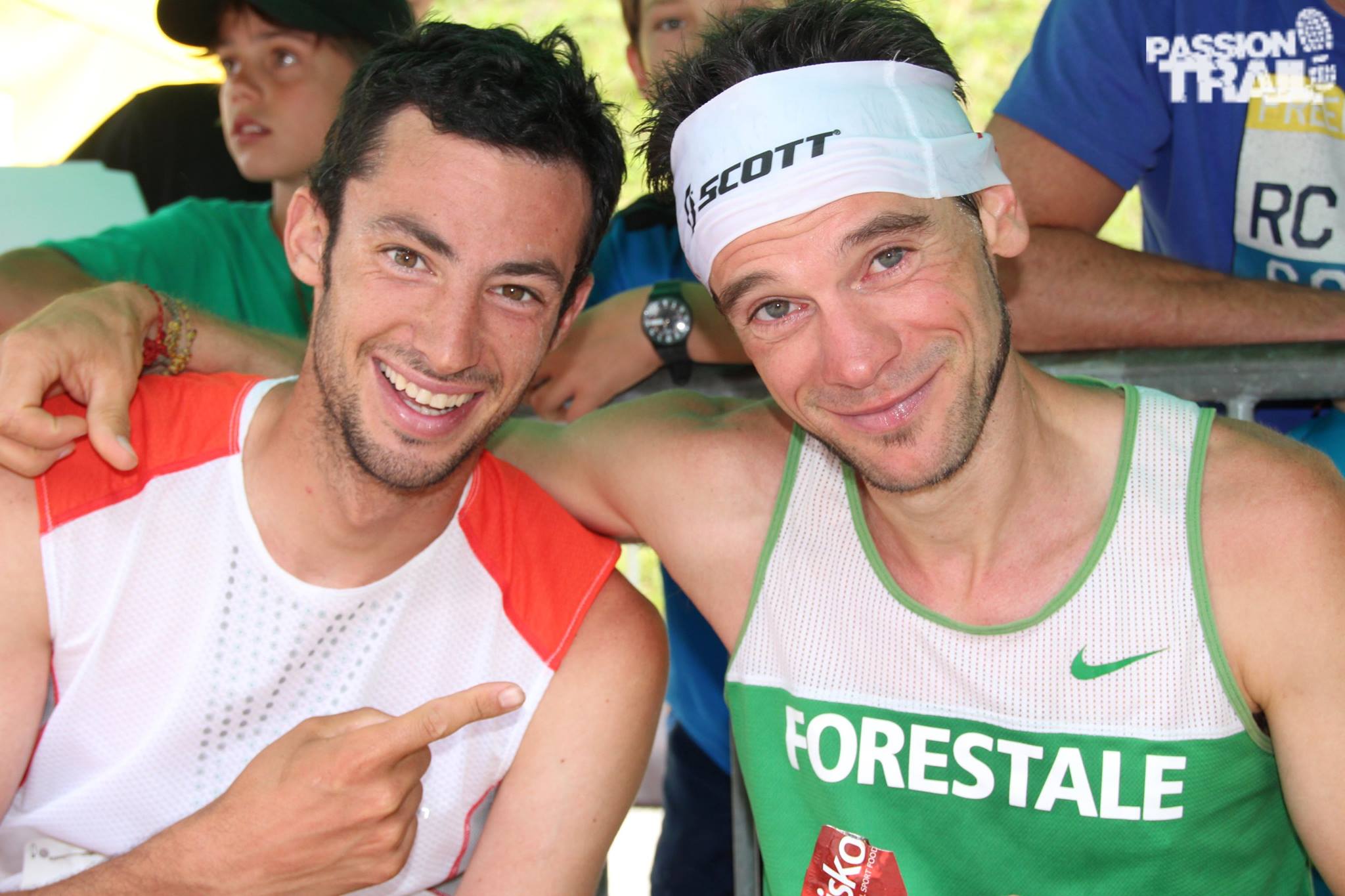 The paradigm overturned, and now I’m not looking for the next challenge, the next limit anymore; instead, I try to appreciate the value of the uniqueness around me to offer it to other people, like my father did with me.
I think about the Livigno Sky Marathon, a race where I give everything I learned in every corner of the Planet, to put it into practice here, in the beauty I’m proud to call my home.
I think about the thousands of people that come to our valleys, from all over, and who have the chance to explore their nature, building their own moment with it.l
This is the great thing about the mountain.
Even if someone arrogates the right to tell other people how to climb it and how to respect it, I believe that respect lies in the way you treat it. In your intimate relationship with it.

Whether it is a stroll or a day-long run, the feat of your life or a family outing, the mountain rewards you with a set of moments that give value to that point in time.


I still ask myself how much a pat, a kiss or a “good job” are worth.
After that first time, with my new running shoes, I never went running with my father again.
I was 5 that day, and he was much older.
Along the way, a dog bit his leg, and so my first time running in the mountains was his last.
And even though he has never been very affectionate, even though for some aspects I look like him, I am sure of one thing, and I’ve learned it thanks to him: the more you go up, the more everything becomes lighter. 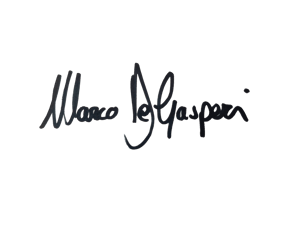