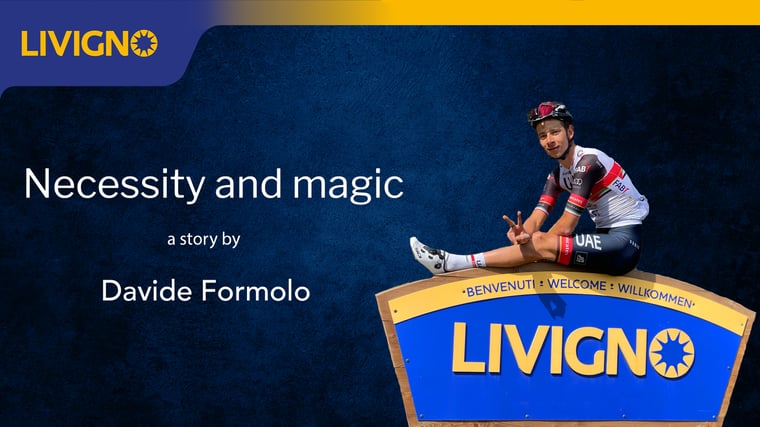 Italian kids love to play football.
It's our national sport.
It's part of our culture.
It's the first tool we have to socialize with other people.
Two backpacks as goal post, a supertele ball with its unpredictable trajectories (or a tango ball at best, which is heavier and flies less), a handful of friends... and there you go.
This applies to almost everyone; however, my story, my career and my life originate within the folds of that “almost”.

I grew up in San Rocco di Marano, a small rural outpost in Valpolicella, hidden between Veneto's hills, far away from the sea, and far away from the mountains, not too much though, since nothing in our Country is truly that far.
500 meters above the sea level, more or less, around 80 families in total, and just over 200 people - a clustered, intimate community, where last names are never used.
Well, then, to play football, more often than not, the town lacked the numbers, the people to make up two teams. And we had to find other ways to fill the time, and for my friends and I, the bike was our first choice.

Partly out of necessity, and party magical.
Partly a way of getting around, and party a way of life: my two wheels have always been my favourite place in the world, where I became a master of the road and of my own time, free as I was to go wherever I wanted, alone, minding my own business.
For an active kid, pushing on those pedals, crushing miles and miles in the narrow streets of that ancient town I was lucky to call my home, was the most effective way to entertain himself, a stress-relieving practice that calmed my anxiety and drained my energy reserves.
My mother said that, when it was time to ride my bike, I forgot about everything else, and I didn't even care about food. 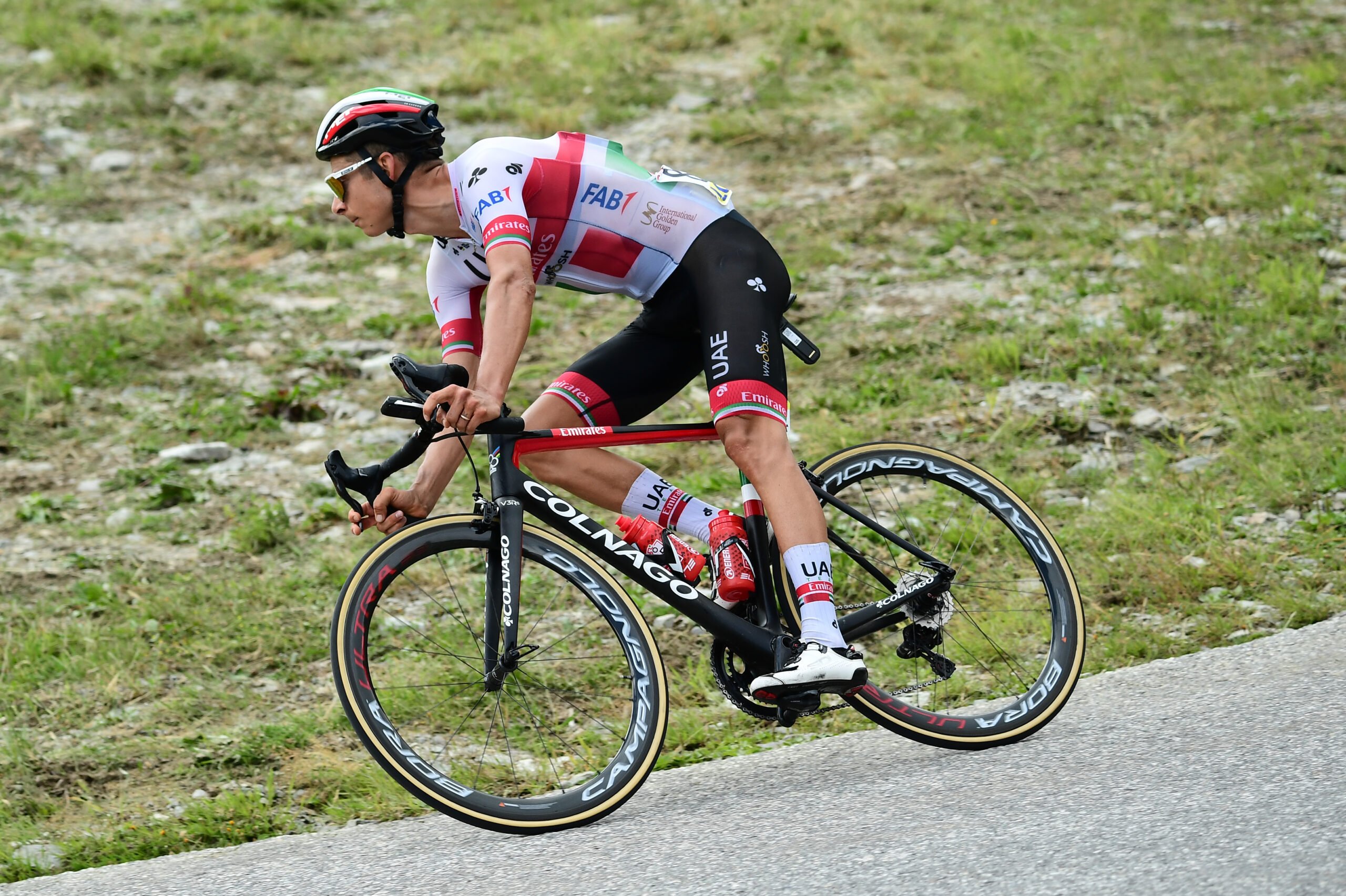 My ability to focus all my resources only on the things I truly find useful, is a distinctive trait of my personality that I've been carrying with me since I was a child. I remember that, since kindergarten, I could be the best and the worst at something, depending on whether I considered it important or not in that specific year.
Beyond passion or fun, it is almost a calculation, the way my brain sorts its own needs and priorities.
And I still work that way.
After years of struggling with the English language, for instance, as soon as I began perceiving it as something I needed for my work, I managed to master it in less than a month.

Luckily, bikes never left the short list of things I couldn't possibly live without. And they always stayed there, on top.
I say bikes, and not cycling, because that's a separate chapter, and is a page of the book I became acquainted with much later than most people who end up making it their job.
In my town, in Valpolicella, when I tried to tune in the channels of our TV, the result was always the same: our antenna only received three.
Rai Uno.
Rai Due.
And Canale Cinque.
The lack of alternatives - apart from being a further call to get on my two wheels and go outside - kept certain sides of the world hidden from me, and I had to find them out by myself, by going out into the real world.
And cycling - broadcast on Rai Tre - was one of them.

Sure, I was perfectly aware that many people biked for fun, but the thought - and therefore the desire - that someone, maybe even me, could make a job out of it, never even crossed my mind.
Until I was almost 18 years old, the bike seat was only a game. The chance to see my lifelong friends and consume our tires on the road, happy to get a workout, and happy to do it together. If anything, not only I couldn't imagine what the future had in store for me, but - to be completely honest - I kind of sucked when it came to push hard and try to be faster. Then, as it often happens, results changed everything.
On the verge of adulthood, when usually new cycling talents have already a path to glory well drawn below their feet, I maybe realized that, in that planet I knew nothing of, there was a place for me too.
Season after season, I pinned down another piece, limiting evening outings with my friends, taking care of my diet, leaving my parents' home to discover what was beyond the walls of my town.
Every time, I asked myself if I was ready to invest something of mine to raise the bar, and the answer never ceased to be 'yes'.

Having discovered professional sports only a couple of years before ending up in them with both feet, has somewhat normalized everything about it. I literally had no time to fall in love with the idea of being a cyclist before becoming one, and this made my own story so different from anyone else's. More disenchanted and pragmatic for certain things, and more dreamy for others.
Turkey, Quebec, Colorado: what were just dots on a globe, became roads, climbs and screaming faces of people thronged along the entire route. San Rocco di Marano became even smaller than what it already is, with its soft hills and the gentle eyes of those who've seen me grow for almost twenty years.
At the beginning, I lived in the moment, as if my metabolism had to deal with the small aftershocks, before completely adapting to my new normal. A conquest I obtained, at last, also thanks to other people's trust in me, because seeing a team invest on me, and believing in my potential, made me finally feel the right man in the right place.
Important to them as they are to me. 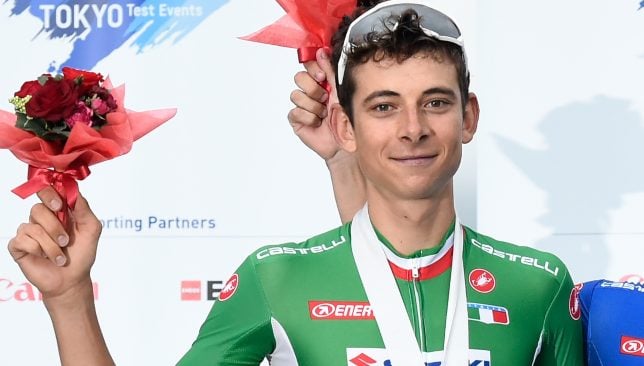 The professional athlete's life continues to have a few grey areas for me, because, in every plane I get on, I leave a slice of my time, which magically disappears, fading away without leaving any trace in the different time zones you cross while you are flying.
Almost 200 days a year, spent away from home, and the remaining ones lived in a bubble of the perfect performance, which calls for rigid schedules, strict diets and a composure worthy of a Tibetan monk.
You never get used to this routine, even if you visit these amazing places.
This loop, despite not changing the content of your days, does not offer you the feeling of an apparent comfort. A life that moves speedily forward, in balance, only thanks to the bike's swaying, which, pedal stroke after pedal stroke, stays up only because of what you put into it.
This is why I always try to create a competition calendar that suits me.
This is why I always try to go to the same places for my sports retreat, going back to the places I was most comfortable in, like Livigno, and creating my own frame within the location that is hosting us.
It's my way of feeling at home, even when I'm doing altitude training, and it's something my soul needs, which has become even more pressing since my partner and I have become parents. The moment I heard my son's cry for the first time, I knew nothing would ever be the same.
I became a better athlete, more effective at managing pressure and decompressing after a bad day. And I became more mindful, a man who, even when preparing for an important event, knows how to put the importance of a quality life in perspective. Two things that go hand in hand, and that are joined in an embracing hug, when my family follows my steps, accompanying me on those long retreats.
It's as if I wanted to recreate the same environment of my small town, with three TV channels and not enough kids to play football, by bringing it along in my suitcase, whenever I can, without giving up anything that a cutting edge like Livigno provides, to continue to improve and follow my goals. It's the future at the service of my past.
A thin, yet iron-strong balance, very reminiscent of the way I sit on my bike.