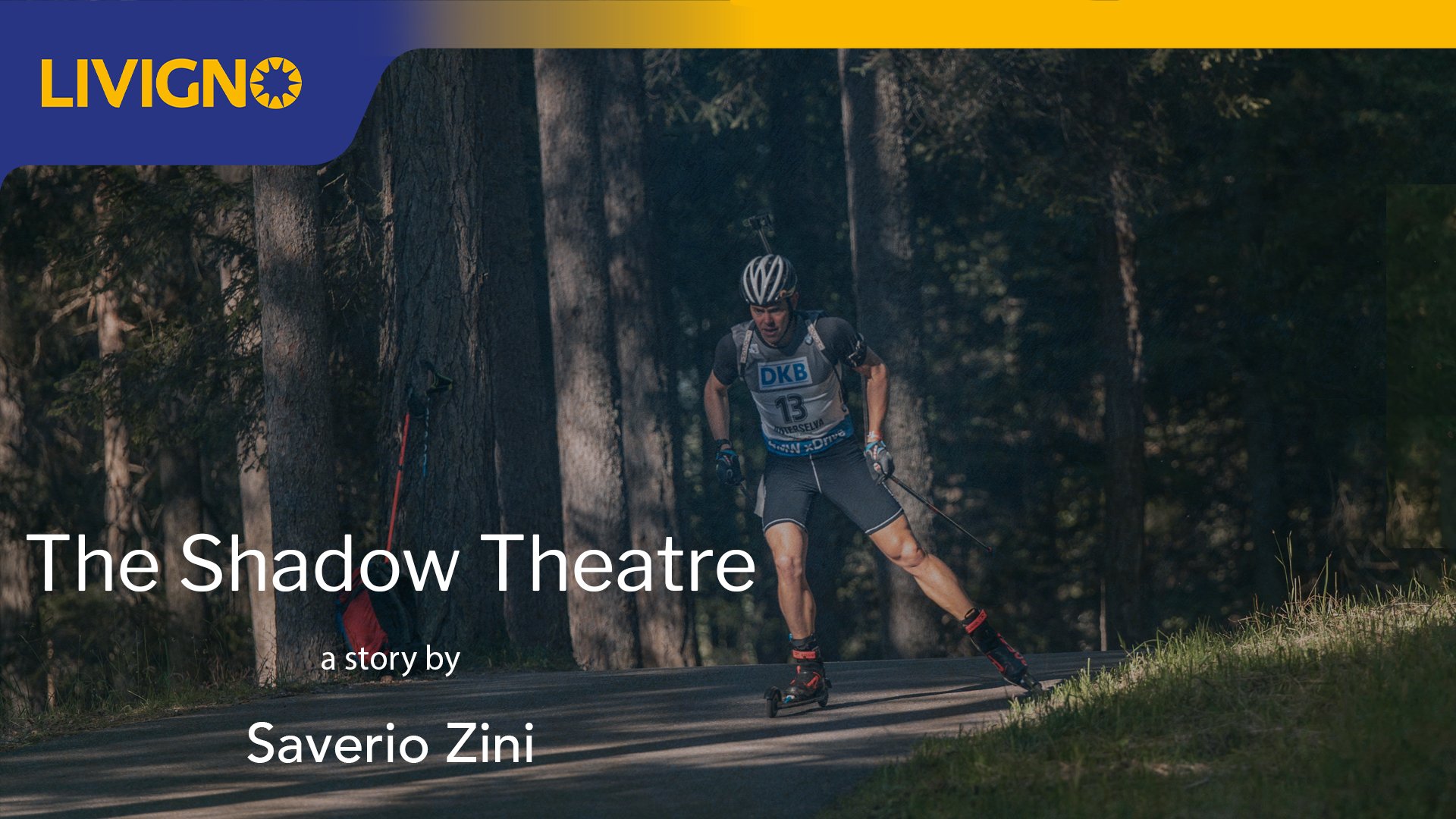 There are thousands of these stories in the world of sports.

Mine has nothing special, and it is exactly because of its normalcy that it becomes important. Right from that trivial beginning that over time the results turned it into the hand of fate. At least in my eyes.

Thus that was easy, as easy as it gets, in fact.

I had tried downhill skiing a few years earlier, but I did not like it at all. Thus, the doctor's order caught me a little unprepared.

Then, as it often happens, when I started training I noticed how great that sport was, how much I enjoyed being with others, and how much fun it was to win something.

Race after race, crossing the finish line first made me feel well. It was like closing a perfect circle, erasing all the missteps of a journey that had began in the loneliness of my efforts and desires. 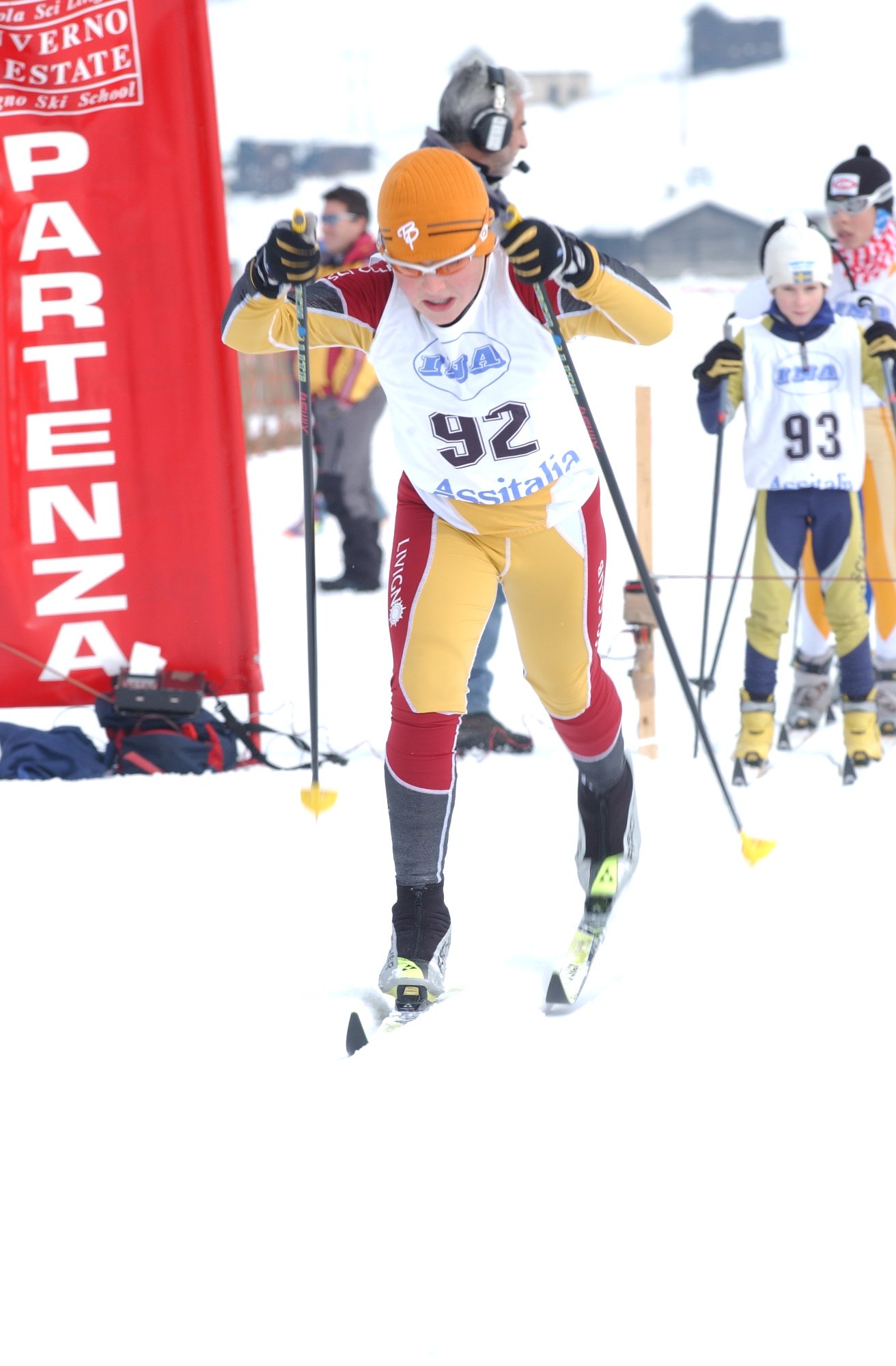 So, the tale of my career could even end here. There is little else to add.

I tried skeet shooting and I found it even more entertaining than cross-country skiing, and so I switched to biathlon.

I participated in the youth national competitions, getting as excited as everyone else about wearing the Italian blue jersey for the first time.

Then I joined the Army finding out that running as a profession loses some of its poetry.

And, finally, I chased after the best athletes for the rest of my life, in an endless tug of war between happiness and sadness, coexisting even if speaking two different languages.

For twenty years in a row I did always the same thing, in a pre-set routine that had started to define me and made me into who I am, even though I know very well inside that I am much more.

I had become "the athlete.” And that's okay.

It was my name and it was beyond my name, as if a piece of the whole community would come off, climb up on a spaceship (which much more often was a minibus) and started trotting around the World, with the home banner in the pocket trying to win.

And that little piece that comes off is you, representing everyone else. "Al nos bocia" whether you want it or not. 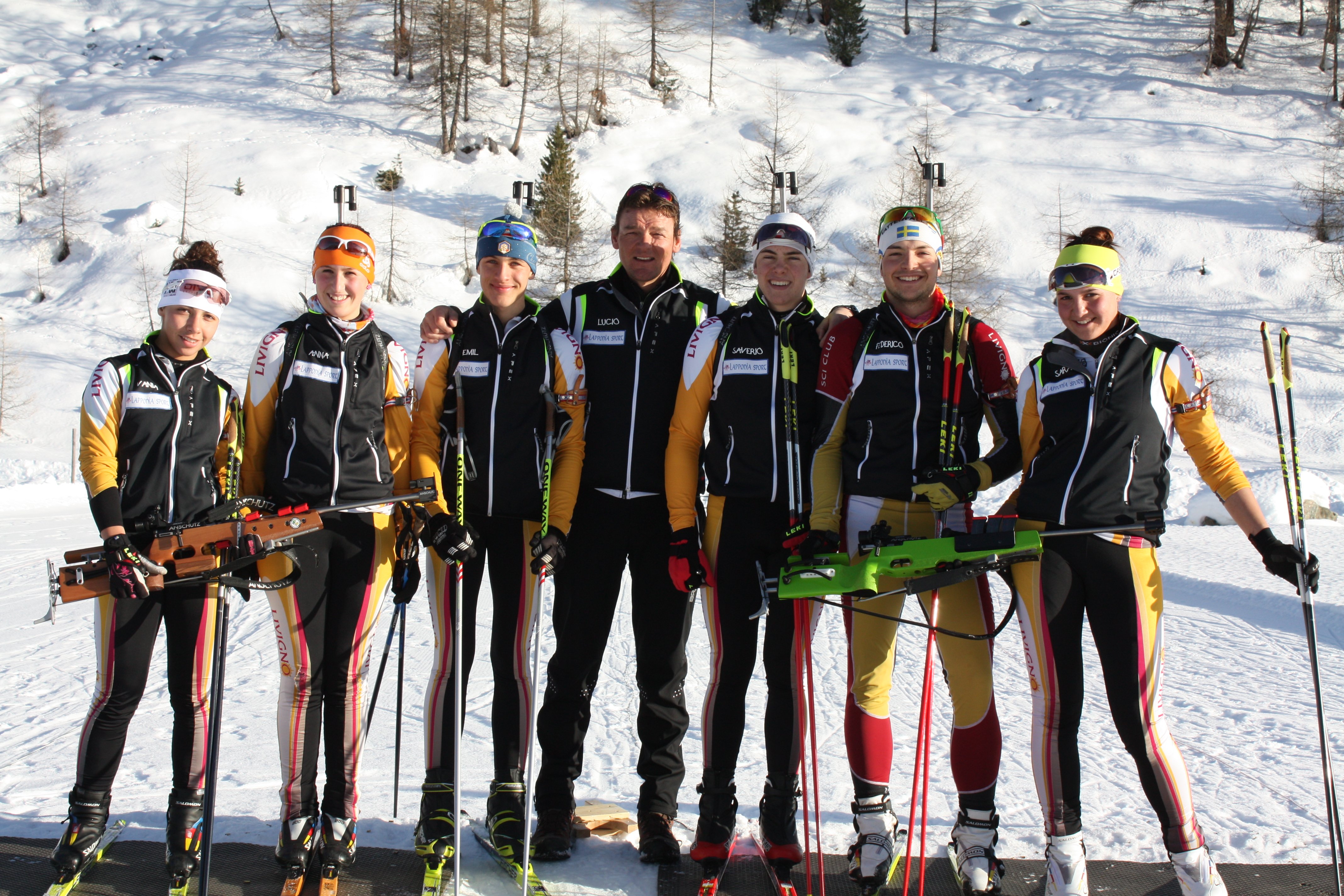 Maybe this is why I always felt butterflies in my stomach when I had to run at home, when I saw familiar faces along the route, there to cheer me on and make me feel their support.

I did not participate in many World Cup competitions but in the few I did, in my heart and gut, twenty thousand screaming people did not even remotely come close to making the noise of the people of Livigno, crowded on the sidewalk for the Gara delle Contrade Race.

No one is a prophet in his own country, because everyone had at least one occasion to see you stumble, and that image sticks. Yet, it is also true that no one is ever alone in his own country, and that your home driveway is the one place where you can be certain to always find someone's hand ready to pick you up, when you end up with your ass on the ground.

Between giving and receiving, there is a fine balance only for those who watch with their eyes. 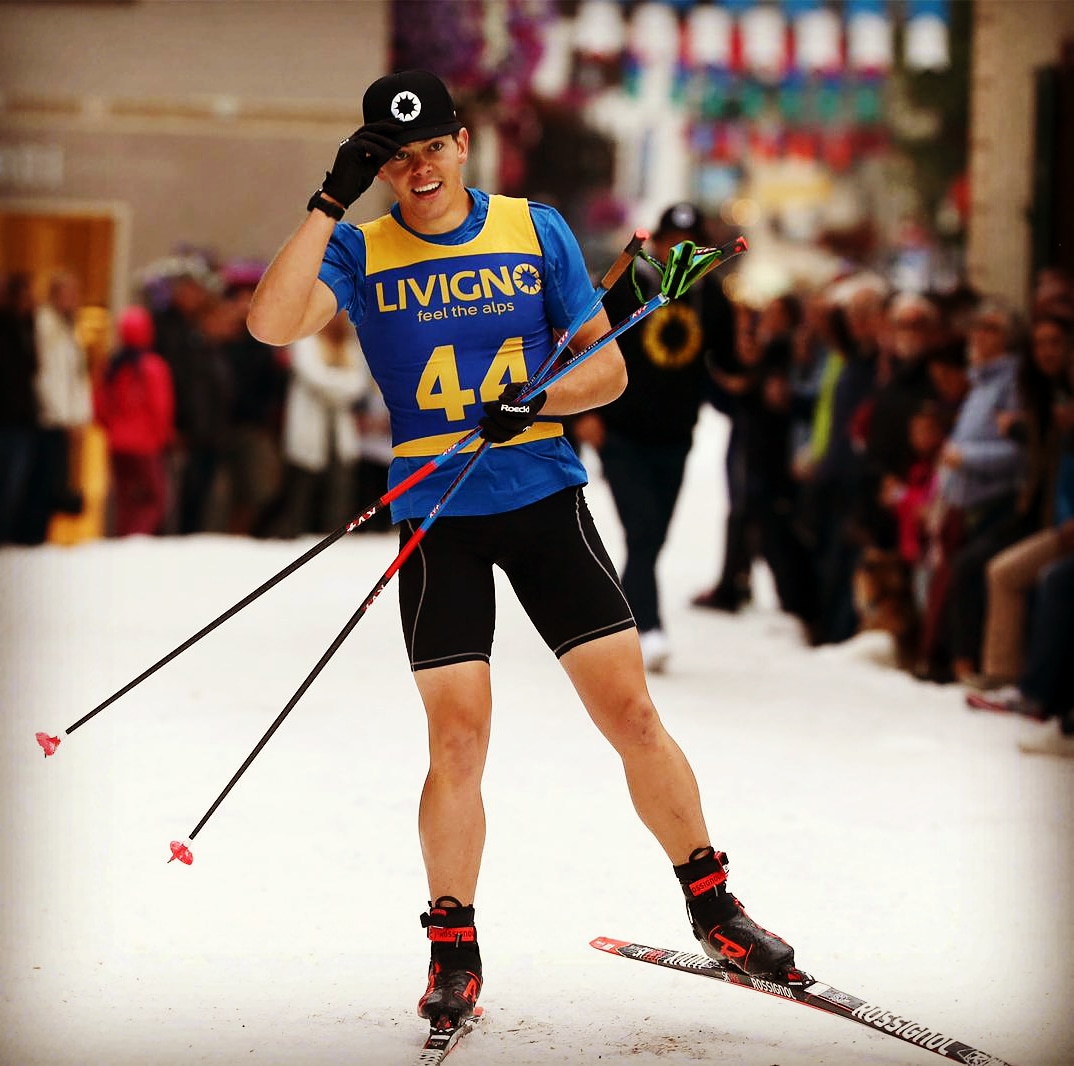 As an athlete, I never ceased feeling like an astronaut on a mission, and I experienced many more bad days than great ones. I may be able to count on the fingers of my hands the true rewarding experiences and great results, while I stopped thinking a long time ago about my awakenings fatigued, angry and with stiff legs.

Because those awakenings are just too many to keep in mind.

Two decades made in the image and likeness of my personality: sincere when doing things, and happy to do them in the dark because of their profound value.

Because it was good to do them and not because there was someone watching me.

When I chose to stop, I felt lost.

I felt confused and bewildered: the athlete in me was already at peace with himself, aware that he had arrived exactly where he should have arrived.

But the man was not.

The men had, and still has, fears. 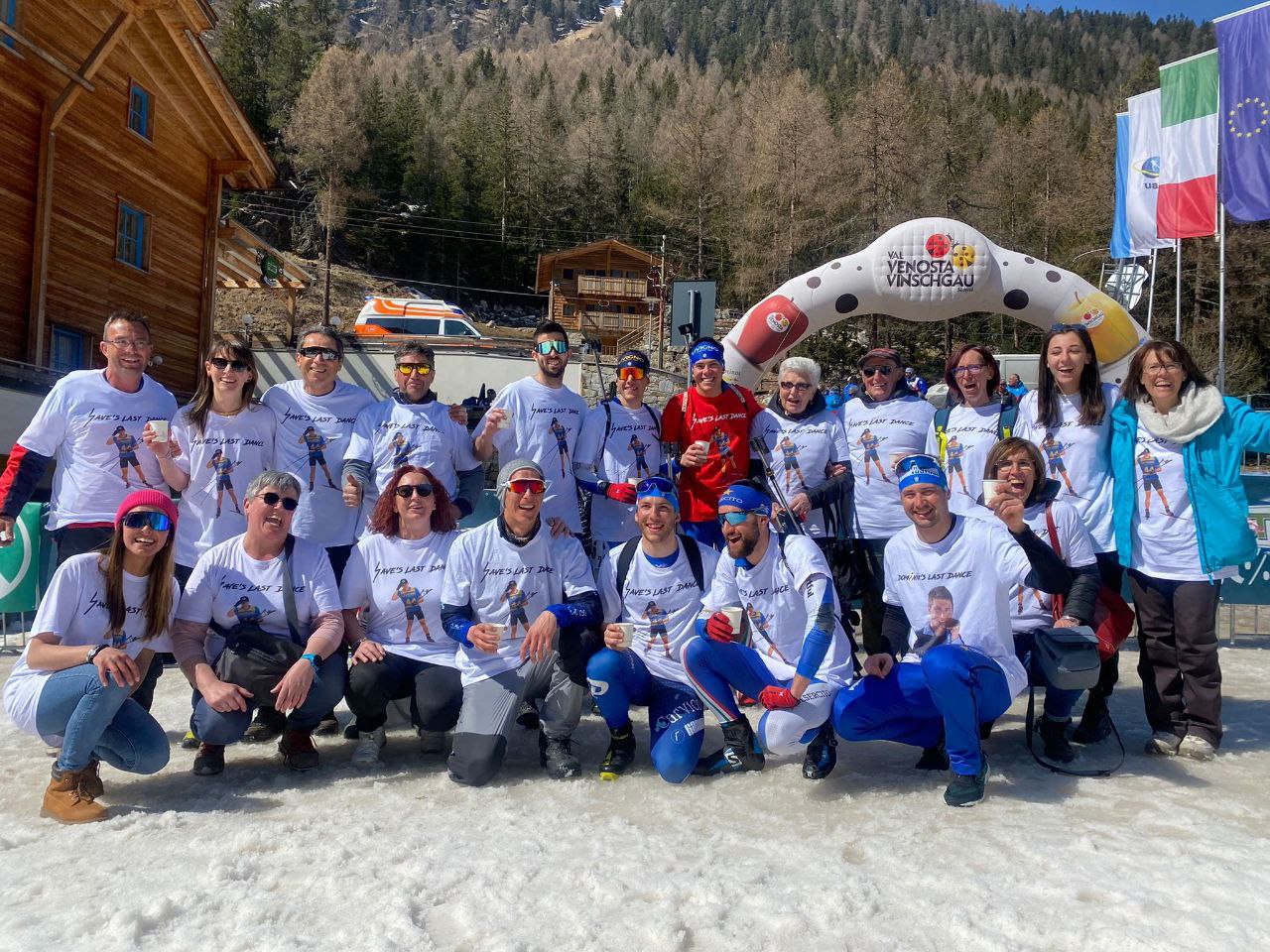 Thus, to find my new place in the universe, I believed I needed a rite of passage. Like those young people in children's novels, who have to spend a night alone in the woods and kill the wolf, stepping into the forest as kids and emerging from them as adults to see if what they have inside will be enough to face life.

And my forest crossing will be Icon, the most extreme triathlon in the World.

I remember that the morning of the first edition it was raining and I left the house early to go for medical tests on the other side of the village. And as I walked by the lake, in the half-light of a dawn of fire, I watched a group of athletes emerge from the lake water, wrapped up in their wet-suits, bent in two by the cold.

A shadow theatre, silent and distant: at least as distant from my concerns as I was from theirs.

And even though their legs were moving slowly, as if they had to learn to walk again, nothing could stop them, in that slow, relentless walking typical of those who are busy doing what they like.

I saw the spark, in them. Professionals, some of them.

But architects, plumbers, students and traders, all the others.

People who collect the scraps of their free time and use them to challenge themselves, getting ready for the toughest race there is.

I thought about how my daily life revolved only around professional sports, the one that leaves nothing to chance, and how it was designed on purpose to always bring out the best in me, leaving no room for imagination.

Then I thought about all the lunch breaks, the training sessions before dawn, the vacations lost, the miles travelled at their own expense which that mass of nameless little heroes must have accumulated to even begin to think they could face Icon.

And it warmed my heart.

So at the hardest time of all, the one when I had to find a way to fill a space that for so long had known only biathlon, I found myself wishing to be exactly like them.

The true soul of sports is dirty and humid.

It is made of daily fear, lactic acid and curses shouted to the seven winds when you notice that you are not even halfway your schedule.

Training is nothing more but the endless repetition of personal will, inalienable and non-transferable, like cheques. Pool after pool, step after step, it is the expression of an idea where failure is not an option.

But that of sports is also a soul made of free will and choice. A soul that belongs to those who choose to belong to it and make it a way of life. We will always watch the great champions, and in the shadows we will hope that our children will try to imitate them, waiting and dreaming that something inside them will be triggered.

Something worth the journey that no one will ever be able to make them forget. Sports is not for everyone.

Sports belongs to everyone.

And I understood its value as soon as I stopped doing it as a profession.

It is a piece of my DNA, just like the community in which I live, and now I feel that I have to walk through the woods with the headlights off before I can live it and breathe it. Stripped of the uniform of a lifetime, I enter a tunnel and hope to come out on the other end as me, tired, lifted, and happy to have gotten back in touch with what really made me fall in love with sports.